ANOTHER VIRTUAL PEEP AT TIMES PAST AT CHELSEA FLOWER SHOW 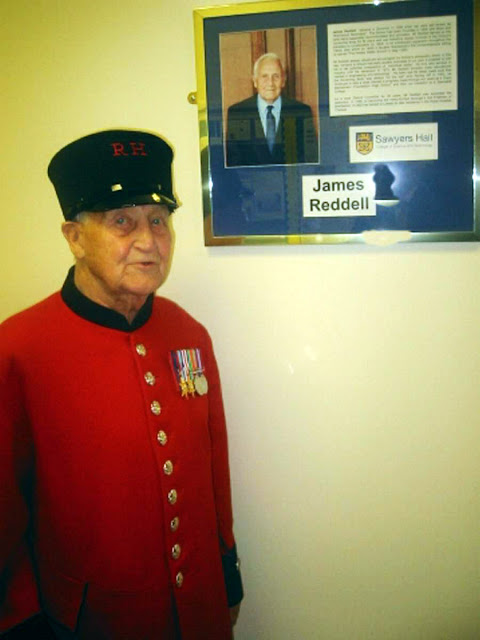 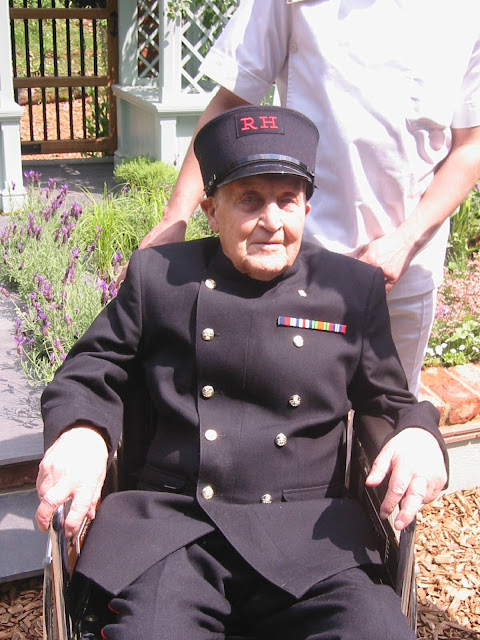 Thanks to so many readers taking time to read my nostalgic virtual re-visit to some of my visits to Chelsea Flower Show during past years.  One of the most pleasant memories when visiting Chelsea was to pop into the Royal Hospital to have a chat with one lovely friend who had left Brentwood to become one of our world famous Chelsea Pensioners in 2001. He was James Reddell (Jimmy to friends) who once served on Brentwood Borough Council and did so much for people in the town. When visiting the Flower Show, it was a great privilege to escort him  around the showground where we met many of his soldier pals and quite a few celebrities including some of these familiar faces.  We miss Jimmy very much. 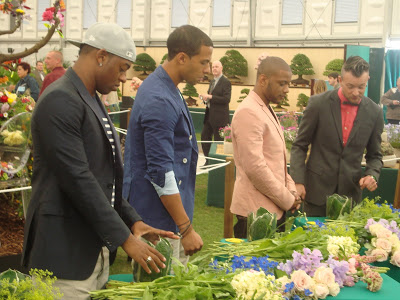 Posted by Sylvia Kent at 9:34 PM No comments: Links to this post 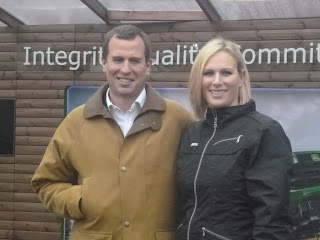 In the midst of this worldwide epidemic, so many national events obviously have had to be cancelled.  Annually, around this time of the year for over one hundred years, professional horticulturalists and exhibitors have delighted in their wonderful VIP day at Chelsea Flower Show in London, known as the most famous in the world.

For more than fifteen years, as an amateur gardener with a writing column, I never missed the third Monday in May,  turning up at Chelsea and setting forth to luxuriate in the wonderful gardens exhibiting the most exotic flowers from around the world. 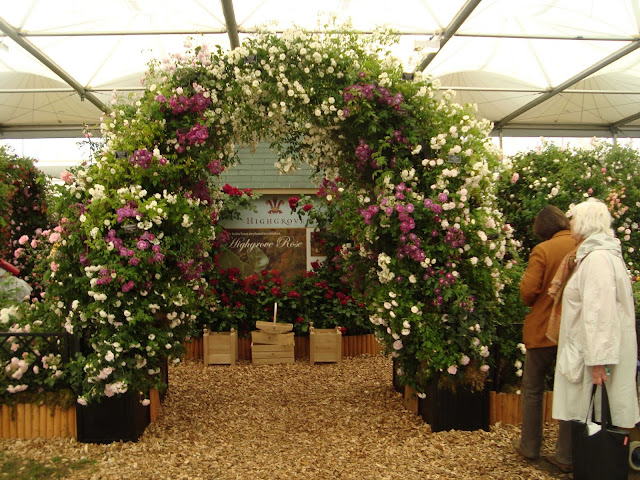 An additional treat was the pleasure of meeting and interviewing scores of the most famous folk who also enjoyed the craft of gardening. Not only did I learn so much about modern plant species, but what fun to bump into lots of well known faces from the world of entertainment, including actors, sports people and well-known folk from film, theatre and television. I am looking through the archives to find you a few who were so sweet and loved a chat. 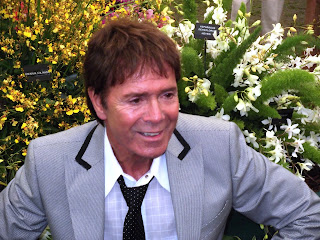 Posted by Sylvia Kent at 6:13 PM No comments: Links to this post

Despite the world's current terrible pandemic situation and with most of us in lockdown, the SWWJ  Council team continues to work hard. Take a look at our www.swwj.co.uk website  Big changes have recently taken place at the top bringing the super novelist Freya North on to our list of famous Patrons, with Floella, the Rt Hon.Baroness Benjamin of Beckenham working hard as our President. There's a turnaround of positions with Pamela Payne in the Vice-Chairman's chair. Happy that our Chairman Rebecca Harding has now recovered from coronavirus.

Our new manifesto reflects interesting plans ahead outlining events (when it is permissible) in London, exciting writing competitions covering different genres and a new-look and new name to our quarterly magazine - now renamed the SWWJ Journal. Currently, we are meeting virtually through social media platforms with our Council and members around the world. Why not take a look at our website and join us?    www.swwj.co.uk. 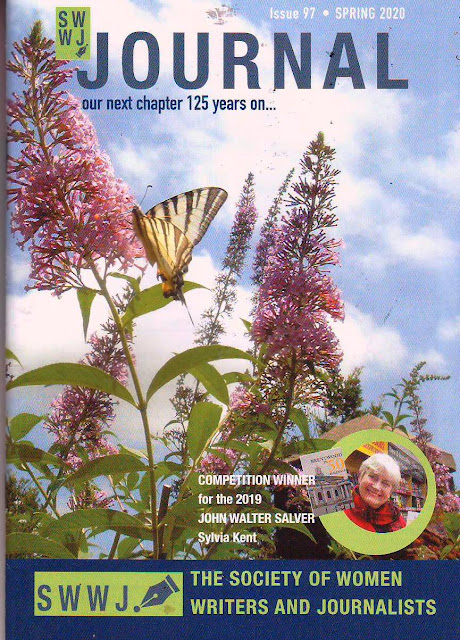 The SWWJ is the UK's longest-established Society for professional women writers. Founded in 1894 by newspaper proprietor Joseph Snell Wood, the Society has grown to become an international association, and is affiliated to women's associations worldwide. In 2004, the Society took the decision to invite men who are published writers to join us as Associate Members. We also welcome aspiring writers and non-writing Friends from across the publishing industry and beyond.
In 2017 Baroness Floella Benjamin agreed to become our new President, following in the footsteps of the late and much missed Victoria Wood.
To learn more about the SWWJ, explore this site and/or check out our Social Media feeds (Facebook / Twitter / Instagram).

Posted by Sylvia Kent at 10:45 PM No comments: Links to this post

TODAY'S TRIBUTE TO OUR VE DAY VETERANS AT BRENTWOOD ESSEX 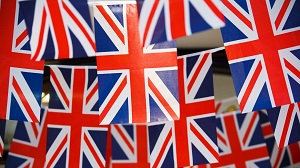 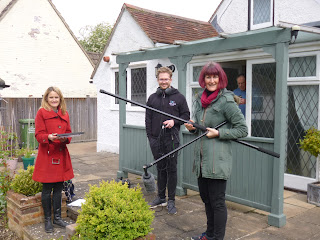 The video produced by the fabulous Carmel Jane Films is now available to all and can be viewed below on Friday 8th May at 12pm. Few little extras showing the super filming team last week in Billericay - Pixie the cat enjoyed the attention. 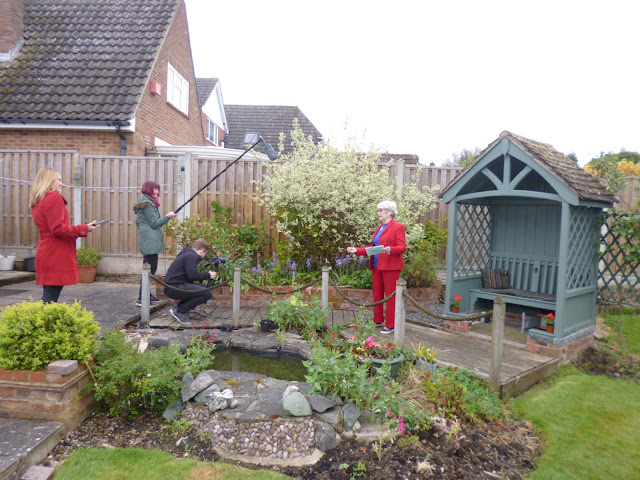 Posted by Sylvia Kent at 2:34 PM 2 comments: Links to this post


Wonderful work going on via the Colchester Care Crisis team, coordinated by Colbea tenant Caremark Colchester, who are raising funds to help those who need urgent care assistance during the current crisis.

Caremark Colchester are offering immediate training, support and full PPE equipment for those wanting to help and find employment as a carer. They are also requesting assistance from local businesses and anyone able to donate a service, skill or item that will be of vital importance during this time.

Colbea have offered Caremark Colchester additional office space in one of their currently vacant units and access to the Colbea training room through this challenging time to help Caremark rapidly expand and develop their operations.
Caremark Colchester Managing Director Lee Bernard (pictured) said: “We have seen a dramatic rise in the demand for care in the local area, not just for clients with Coronavirus symptoms, but also with other health issues who are not receiving the care they need.  We want to fill the gaps in the system as soon as possible.
“We have a team of trainers available and clients desperate for care, and we are ready to help in any way we can. If you know of someone who needs help in the Colchester area please call our care crisis helpline 01206 487398 (kindly provided by Zen Systems) or email us at colchestercarecrisis@caremark.co.uk (kindly provided by Weald IT)”.
Local support and services have already been received by the following local businesses and volunteers:
Further information about other items required, and how to donate to the cause can be found here: https://www.justgiving.com/crowdfunding/colchestercarecrisis.
Colbea are offering extended 1:1 business advice sessions to any businesses in need during the crisis. To access this support call 01206 548 833 or email enquiries@colbea.co.uk
Posted by Sylvia Kent at 8:13 PM 2 comments: Links to this post

KEEP UP THE GOOD WORK FOR OUR SUPERB CARE WORKERS

We are all aware that there is still a a huge shortage of PPE for NHS and care workers and one thing on that list is scrubs. So super sewers all over the country are busy churning out tops and trousers made from all sorts of fabrics including bed sheets and duvet covers.
Jenni Elliott, our clever creative daughter wanted to join in so she made her first set from an old duvet cover and some fabric from her stash. She said:  "It’s a bit of a random combination but that’s all I had that was the right type and size. I’ve got some lovely fun fabric on order (unicorns and stars) so I’ll be making another two sets when it arrives. All these are destined for my local hospital (Torbay, Devon) and hopefully I can make someone smile." 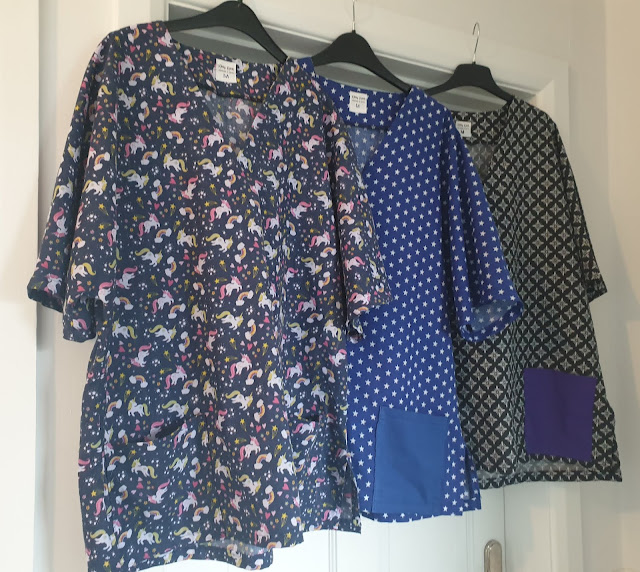 ONE MINUTE SILENCE TODAY AT 11.00am 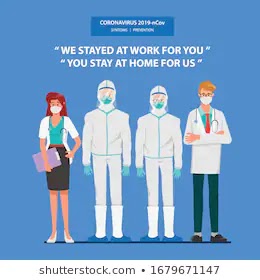 The UK will hold a minute’s silence today in tribute to frontline workers who have died in the fight against coronavirus. At least 90 NHS and social care workers have lost their lives after testing positive for Covid-19. The silence, organised by Unison, the Royal College of Midwives and the Royal of College of Nursing, will take place at 11am. Prime Minister Boris Johnson, who returned to work this week after his own battle with coronavirus, will also observe the silence. He previously heaped praise on NHS staff who treated him in hospital, stating that he ‘owed them’ his life. A spokesperson for Downing Street said: ‘We will be supporting the minute’s silence. We will be asking everybody who works in the government to take part and we would hope that others will take part nationwide as well.’

Posted by Sylvia Kent at 11:16 AM No comments: Links to this post

WHAT A DAY THIS HAS BEEN! WORLD BOOK DAY, SHAKESPEARE'S BIRTHDAY AND ST GEORGE'S DAY!

@WorldBookDayUK
The biggest annual celebration of books and reading in the UK & Ireland. Share a Story with us on 4 March 2021. A charity, sponsored by National Book Tokens.
worldbookday.comJoined February 2010
953 Following
99.3K Followers
Posted by Sylvia Kent at 4:34 PM No comments: Links to this post

DESPITE THIS PANDEMIC, WORLD EARTH DAY HAS ARRIVED.

With our sadness and anxiety about the worldwide covid-19 pandemic, how ironic that today is World Earth Day?

Why is coronavirus called Covid-19?

In simple terms-COVID 19 stands for, Corona (CO) Virus (VI) Disease (D) and 19(2019) the year that the virus first hit. It was given this name by the World Health Organisation, who said: "Having a name matters to prevent the use of other names that can be inaccurate or stigmatising."Experts have said that the name of a disease is instrumental during an outbreak.Before officially being named Covid-19, scientists were calling coronavirus '2019-nCoV', this was based on it being called novel coronavirus.

Celebrated around the world annually on April 22, the plan in 1970 - when it was created - was to demonstrate support for  environmental protection. This spring day now includes events co-ordinated globally by the Earth Day Network in more than 190 countries.
In 1969 at a UNESCO Conference in San Francisco, the peace activist John McConnell ((1915-2012-) proposed a day to honour the Earth and the concept of peace, to first be celebrated on March 21, 1970, the first day of spring in the northern hemisphere.

This day of nature's equipoise was later sanctioned in a proclamation written by McConnell and signed by the Burmese Secretary-General U Thant at the United Nations Congress.  A few weeks later, Gaylord Nelson, United States senator put forward a proposal to hold a nationwide environmental seminar on April 22, 1970. He hired a young activist, Denis Hayes, to be the National Coordinator. Nelson and Hayes renamed the event “Earth Day.” Nelson was later awarded the Presidential Medal of Freedom award in recognition of his work. The first Earth Day was focused on the United States.

In 1990, Denis Hayes, the original national coordinator in 1970, took it international and organized events in 141 nations. Numerous communities celebrate 'Earth Week' consisting of activities - focusing seven days on environmental issues - currently faced by the world.
Posted by Sylvia Kent at 3:15 PM No comments: Links to this post

Sylvia Kent
I am a freelance author/columnist. My 12th book BRENTWOOD IN 50 BUILDINGS is now in bookshops, & work has been published in national, regional and on-line press. Following Freelance Writer of the Year award (Writing Magazine) my work has appeared in 75 titles and my FOLKLORE OF ESSEX contributed to Channel 5’s film COUNTY SECRETS. The History Press published THE WOMAN WRITER obtained at the British Library. This book outlines the provenance of the SWWJ’s 1894 foundation and includes our pioneering members in journalism, literature & poetry. The famous Joyce Grenfell, former SWWJ President enjoys a dedicated chapter. My books were reviewed in The Times and other dailies. As SWWJ’s archivist. I'm immersed in new historical research, contributing to on-line press, see my downloadable Kindle books. Also Facebook,Twitter & Amazon @sylviaakent & film/audio clips now added. Latest titles are BARKING & DAGENHAM FROM OLD PHOTOGRAPHS and BRENTWOOD IN 50 BUILDINGS. I was invited to become a Fellow of the SWWJ and recently won the John Walter Silver Salver for 2018 and 2019. I broadcast on PhoenixFM, BBC Essex and other stations. Current page views 363,000