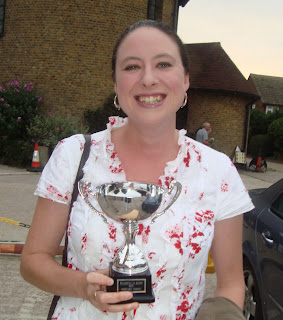 Rarely do I watch breakfast TV but this morning I knew that my friend, colleague, blogger and author, Piper Terrett would be appearing on the  BBC, so up with the lark to watch. Of course she put on a great performance talking about her money-saving tips and advice on keeping our homes warm for the least possible outlay and  how best to manage our pennies.

Unfortunately, they didn't mention Piper's super non-fiction book called THE FRUGAL LIFE which incorporates a couple of years of research into saving money in all areas of our lives.  Her pet theme is growing her own vegetables and knowing how to handle the gluts of fruit that are coming our way at the moment. in Essex.  Check out her book in good bookshops and on Amazon. £9.99 ISBN 978-1-90487-155-2
Posted by Sylvia Kent at 8:58 AM No comments: 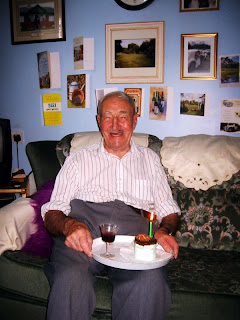 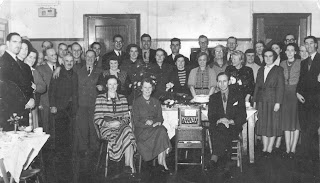 The Billericay Archive Heritage group continues into its second year, courtesy of the Essex Record Office and Heritage Lottery Fund.  Hundreds from around the world  have shown interest in our history.  Our website http://www.billericayhistory.org.uk/ carries stories of people with an interest in the town.  Also, there are some wonderful films of fifty years ago provided by Ian Rough who currently lives in France.

Sadly, today was the funeral of Jack Bartlett, aged 96 (pictured above on his 90th birthday) and the group of post office workers taken in the 1950s. Jack was one of our very special people whom you will see on the Billericay history site with his wife on their wedding day in 1941. Jack was a lovely friend who enjoyed appearing in my articles and books over the last ten years.  We will miss him.
Posted by Sylvia Kent at 11:10 PM No comments: 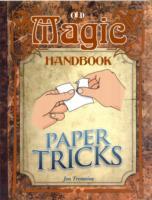 Last Friday turned out to be  a  rather special day when I turned up at the Just Imagine Story Centre in Chelmsford and, at last, met their Director, the lovely Nikki Gamble.    Having so much to do with writing and reading groups, mainly in the adult arena, it was a great pleasure (and surprise) to learn more about what is going on in children's publications.

Nikki's Centre, which is so accessible right in the centre of our county town at 64-68 New London Road, was buzzing, not only with children choosing books, but with the prospect of upcoming events across August and September aimed at children (and adults).  I love the idea of Nikki's Horrid Henry Fun Day scheduled for Monday, 29 August 11.00-4.00pm. Sounds fun!  Do pay a visit and check out Nikki's website at http://www.justimaginestorycentre.co.uk/

Posted by Sylvia Kent at 4:15 PM No comments:

Yesterday was rather special for local photographer and speaker, Bart Kent (no relation). His family from Yorkshire arrived in town to celebrate his birthday and were treated to a viewing of his fabulous photographs displayed at Brentwood Library. Then they were all whisked off to the Phoenix Radio station when Bart made his first 'appearance' on radio, after meeting Ed Wellman standing in for Alan Johnson on the  Feel Good Saturday programme.  Bart's exhibition is on display for about three weeks at Brentwood Library - do pop in.  Listen to his recording at phoenix98fm community radio. 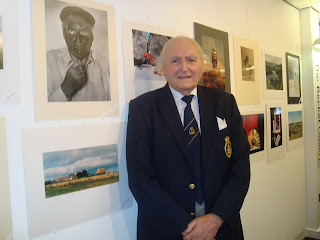 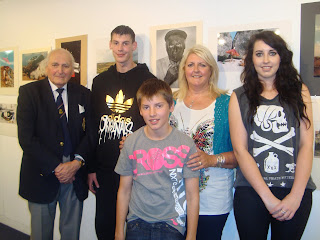 CALLING ALL WRITERS - TRY THE MAGIC OF SWANWICK

Established in 1949, Swanwick Writers' Summer School exists to give writers at all levels of experience an opportunity to learn from expert tutors and excellent speakers in a comfortable and friendly atmosphere.

Some 300 delegates come back year after year both to build and renew their writing skills and their friendships with fellow writers.

Whether you have been before, attend regularly, or have yet to experience the 'magic' of Swanwick, a browse through these pages is bound to tempt you to the next summer school.  Some places still available!

I love this photo taken sixty years ago which includes a few members of the Society of Women Writers and Journalists http://www.swwj.co.uk/ Look at us now!!! (see our line-up at the top of this page)

Posted by Sylvia Kent at 9:54 PM No comments: 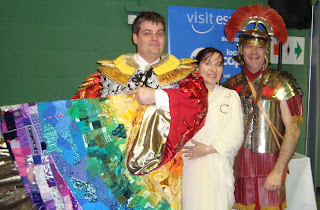 Theatre Administrator Mark Reed  recently commented "We are proud that we are often called 'the jewel in the crown of Brentwood' and, as a community theatre, our staff and volunteers will do all they can to make you welcome. Whether you come along to perform on stage, or else you purchase a ticket for one of the many shows on offer, our aim is to always ensure that you have a great night out.   Brentwood Theatre, 15 Shenfield Rd, Brentwood, Essex CM15 8AG   Tel: 01277 230833  mark@brentwood-theatre.org

Brentwood Theatre – the community theatre for Brentwood, Havering and beyond – opened in December 1993 following fifteen years of campaigning and fundraising by a dedicated core of theatre followers who collectively realised that Brentwood was the largest town in England without a dedicated theatre space.  We aim to provide the people of Brentwood and the surrounding areas with a vibrant, artistically challenging community theatre offering a wide-ranging programme in the performing arts.

Since opening, our popularity has grown and grown. We now regularly see over 17,500 visitors every year, coming along to see a wide variety of productions. Most of the shows are performed by non-professional (‘amateur’) companies who rehearse in local halls, arrange costumes, build scenery etc etc and bring in their finished production to us for your entertainment. Over forty groups regularly use Brentwood Theatre for their shows, and many of them now consider us their ‘home’.

Under our events diary, you will be able to find details of shows coming up over the next few months. As soon as we have the details of a show, we add it here online so please do come back and check from time to time.
Posted by Sylvia Kent at 8:46 AM No comments:

A Day of Fundraising in Acle 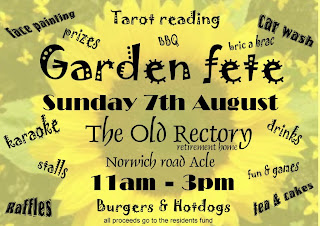 Sunday promises to be a rather special day for the folk of Acle, one of the prettiest rural villages in Norfolk.  If you are within walking or driving distance, do call in and see all the fun of the fair at the Old Rectory. 11.00-3pm - All proceeds donated to the residents of this beautiful nursing home.
Posted by Sylvia Kent at 4:32 PM No comments: 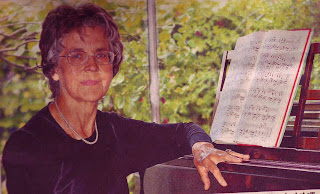 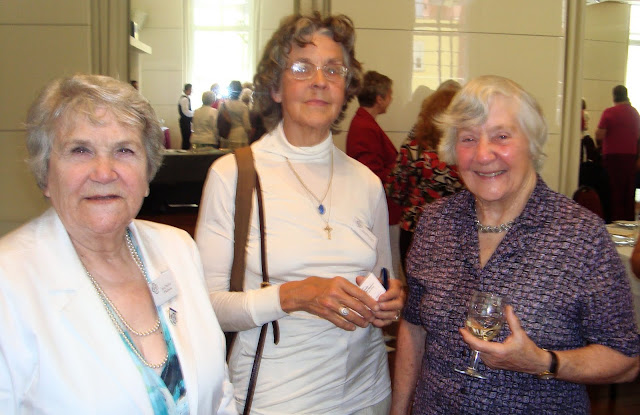 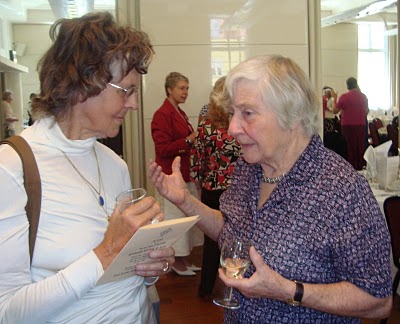 Members of the Society of Women Writers & Journalists mourned the recent death of Jennifer Worth, one of our best selling authors.  Jennifer was born in Clacton-on-Sea, Essex and grew up in Amersham.  She trained as a nurse and midwife during the 1950s "wanting a challenge" and certainly found this in her work in the East End of London.  In this deprived area, she delivered fifty per cent of babies in overcrowded homes, often in terrible conditions.  Life in Popar was so difficult for the people living in the area in war-torn London, but their humour was life-enhancing.

Jennifer's trilogy  Call the Midwife (2002), Shadows of the Workhouse (2005) and Farewell to the East End (2009), describing a world before the contraceptive pill and legalised abortion, is absolutely fascinating and she has written from the heart.  Her narrative was full of tales of resilience and - unusually - often funny despite the grimmest conditions.

Selling almost a million copies in Britain alone, Jennifer's books brought her to the attention of the film producers and Call the Midwife  is now being made into a television series for the BBC.  Will keep readers up to date on when it will appear.

Having written so movingly about the beginning of life, Jennifer’s latest book In the Midst of Life explored the complexities surrounding how we die. Written with passion and conviction, this book is about the mystery, the beauty, the loneliness and the aspirations of death.

Our friend Jennifer attended last year's Summer Festival in London and it was a pleasure to have her company.   She enjoyed meeting our Life President, Shirley Williams (Baroness Williams of Crosby) and we certainly loved chatting with her.
Posted by Sylvia Kent at 11:39 AM No comments: