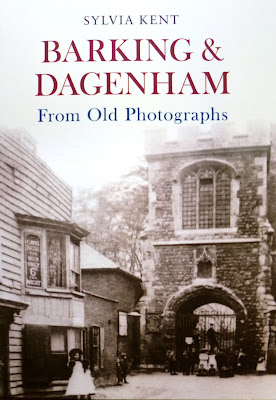 It's strange how your books lie low for a while and then off we go again with some lovely book signings. Very grateful to some super on-line publicity gurus and their interest in nostalgia which I enjoy researching and writing. 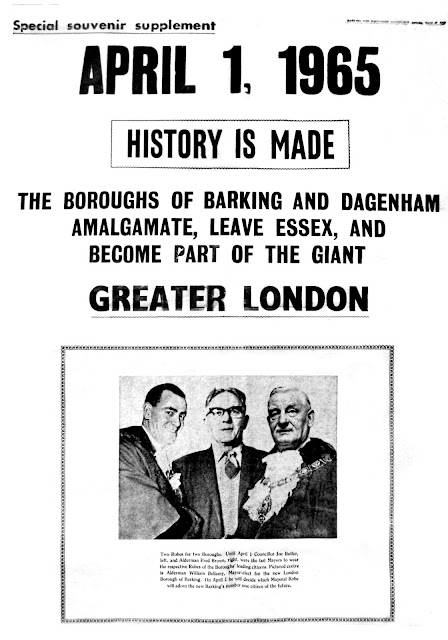 My new manuscript has been sent to Amberley Publishers in Stroud, so now some spare time to write some short stories and perhaps a little poetry. Writers rarely lay back and laze!
Posted by Sylvia Kent at 7:20 PM No comments:

No stranger to Phoenix FM's Book Club programme, yesterday Frances Clamp was warmly welcomed back into the studio by Presenter, Michelle Ward. Frances, who is President of Brentwood Writers' Circle, Essex's longest established writing organisation, has contributed more than three years' broadcasting live on Phoenix FM through her weekly programmes linked to local history. Brentwood Writers' Circle will celebrate its eightieth birthday in 2021 and plans are already in hand to mark this special occasion.

A prolific author, Frances has written fourteen books and has had numerous short stories published in national magazines for adults and children. Her writing career followed her retirement as a teacher and Head of Year in Essex comprehensive schools. 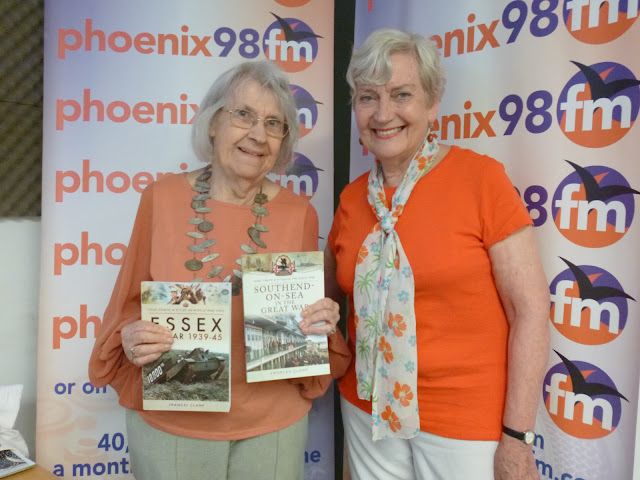 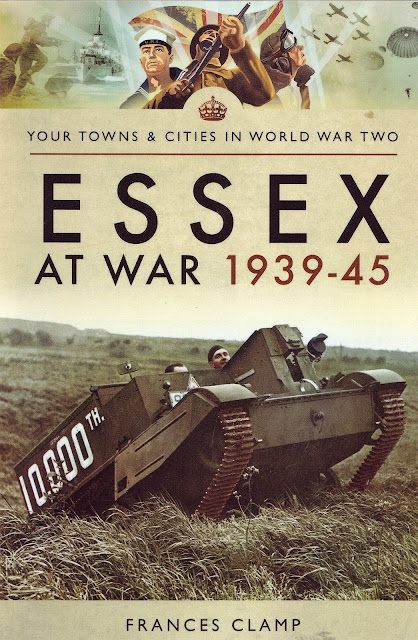 Posted by Sylvia Kent at 7:17 PM No comments:

Always a pleasure to attend Stock Flower Festival in Essex, especially when the 2393 Billericay Squadron Air Training Cadets are there for the annual service of enrolment and achievement awards. This year was excellent - great day and a chance to catch up with good friends. Cadets were superb and we also welcomed the Squadron's new President Danny Lawrence BEM pictured below and goodbye to the Squadron's padre Rev. Dan Pierce. 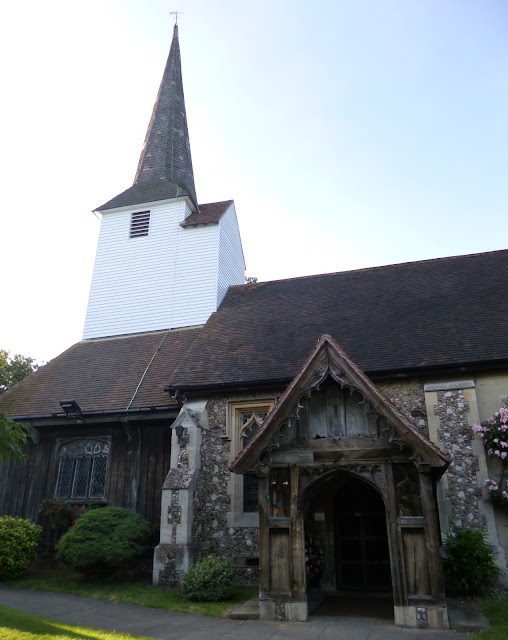 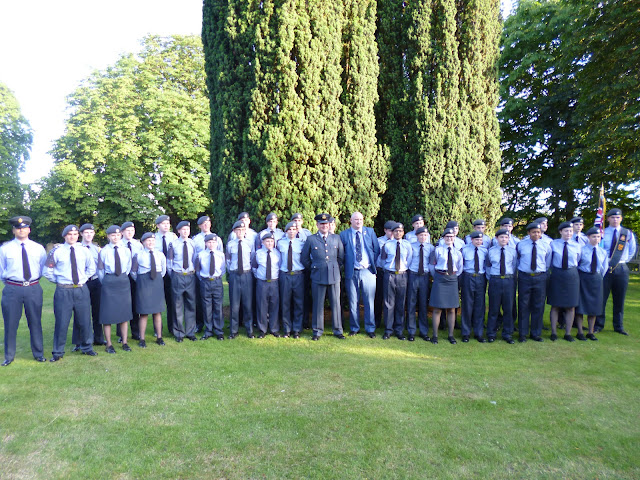 Posted by Sylvia Kent at 6:36 PM No comments:

HAPPY BIRTHDAY TO RADIO STAR JUNE SPENCER ON HER CENTENARY 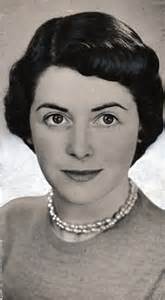 Happy one hundredth birthday to the lovely actor June Spencer who has been one of my favourite people who has played 'Peggy Archer' on The Archers on BBC Radio Four since 1950.  June celebrated by doing what she loves best: clocking in for a day’s work on The Archers.
The actress, known to millions of Radio 4 listeners as Peggy Woolley and a stalwart of the show since the pilot episode in 1950, said she hopes to be an inspiration to older people.
“I had no idea I would ever be 100 for a start, let alone still working. But I’m jolly glad I am,” Spencer said. And here I am and still looking forward very much to going back the day after my birthday”.

I met her once in the studio, along with some of her colleagues  and it was uncanny to see someone I had grown up listening to her familiar voice on radio (or wireless as we knew it) most of my life. HAPPY 100TH BIRTHDAY, June.

Posted by Sylvia Kent at 2:07 PM No comments: 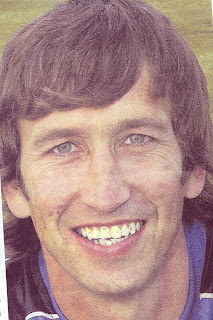 Huge shock to hear of the passing on June 8 of Basildon-born Justin Edinburgh aged 49.  I am not known for sports-reporting although for a year or so I did write a column covering all forms of sport, including women footballers and javelin sportswomen, but do remember enjoying  a meal and a chance to talk to Justin when he was player/manager of  Billericay Town in 2004. He loved my interest in historical posters and we photographed my selection showing Billericay Town football team and their success way back in 1979 when the team won the F A Challenge Vase.  Justin was a lovely character who, although always busy, gave me time to talk about Billericay town and add to my collection of memories of both Billericay and Brentwood sport. This is such a sad time for Justin's family. He was a lovely Billericay lad.
Posted by Sylvia Kent at 1:47 PM No comments: 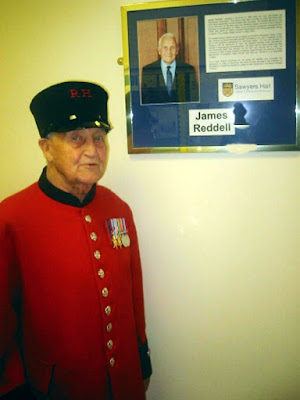 Haven't kept up my twice-weekly postings due to very tight deadlines, but couldn't miss telling you about one of our local heroes of the D-Day landings which occurred 75 years ago today.  I interviewed the late Jimmy Reddell several times while he lived at London's Chelsea Hospital and he was always welcoming. My features appeared in local and regional magazines at the time. Throughout his life - he passed away on 16 November 2007 aged 97  - Jimmy remembered what happened during the D-Day landings on 6 June 1944.

Jimmy joined the Essex Regiment in 1932 as a regular soldier and he and his family lived at Warley Barracks.  Jimmy wrote his memoirs and often gave talks to the school children of Brentwood.    In his later years, Jimmy was often the guest speaker to local societies, recollecting his wartime experiences, and in particular outlining the important Operation Overlord which has been headline news over the last week.

“Brentwood, and in particular, Warley Barracks played a very special part in World War II,” Jimmy explained during one of recording sessions at Brentwood Library. “Soldiers had been posted to Warley for many years, coming from all over England to do their basic training.  It was one of the most famous barracks and this was usually prior to the young soldiers being sent overseas.

“In the lead up to D-Day, several of our local country parks were seconded as training grounds.  Thorndon, Great Warley and Little Warley, Childerditch and other commons and woods were used.   South Weald was probably the most important place.  In June 1944 the locals all knew that something big was happening as the grounds around the lovely old Weald Hall were chockerblock with soldiers, tanks and army vehicles. This was all secret, of course, but South Weald turned out to be one of the many assembly points for onward journey to the South Coast.” 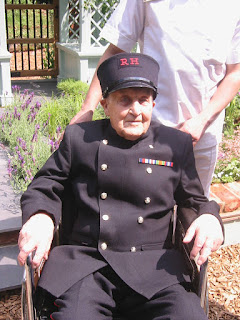 What happened in that theatre of war has been recorded in history books, but locally,  residents remember the military convoys leaving Warley Barracks, passing up Kings Road to the High Street.  Mr Looker, from his nearby locksmith shop had the keys to the traffic light control unit and at a pre-arranged time, turned all lights to red so that the military vehicles passed through uninterrupted.  A young lad standing at the junction of Westbury and Kings Road watched as endless streams of army vehicles passed by.  A soldier threw something to the boy, shouting ‘catch’.  It turned out to be a ball of water-proofing material – very much like plasticine – unobtainable then, but turned out to be useful around the house. On Friday, June 5, a coachload of veterans, families and staff from the Royal Anglian Regiment left Blenheim House, Warley, to travel to the Normandy Commemorations over last weekend. 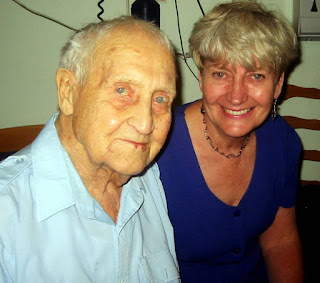 How Jimmy Reddell would have appreciated the ceremonies! In 1999 he became the very first  Freeman of the Borough of Brentwood, having served most of his peace-time years on Brentwood Borough Council.  Having lost his wife, he had gone to live at London’s Royal Chelsea Hospital.  He looked wonderful in his wonderful scarlet Chelsea Pensioner’s uniform and managed to return to visit Brentwood, the town he loved best.  And I do miss my old friend!