Our Society of Women Writers and Journalists will be celebrating its 120th birthday next year and great preparations are being planned.  Watch this space! www.swwj.co.uk


Many of our own SWWJ pioneers from 1894 have found fame both on the page and in early broadcasting from London's Savoy Hill.  Elise Sprott did much to promote women in broadcasting during the 1930s and '40s, and she was one of our most energetic chairman.

Every day this week at 1.45pm on BBC Radio 4, Jane Garvey has presented a superb programme where she has investigated the stories behind five landmark moments in the history of the female voice on radio and television. How far have women really come since the early days of the wireless? To what extent are female voices now accepted as carrying the same level of authority and expertise as their male counterparts?

In the fourth programme, Prime Time Woman, Jane Garvey looks at the pioneering role played by Esther Rantzen and the campaigning programme 'That's Life' in the 1970s and 80s. She paved the way for a new style of campaigning journalism, bringing a female voice of authority to our living rooms.

We also hear from John Birt, who made the inspired choice of Cilla Black as presenter of 'Blind Date', and broadcast historians Jean Seaton and Suzanne Franks. Tomorrow 1 November is the last in the series. 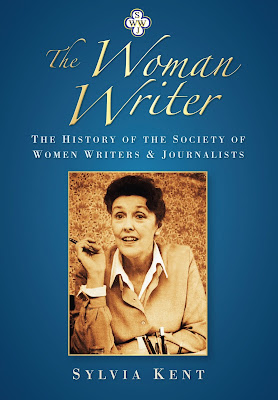 Learn more about women in radio and TV covered in one of my books THE WOMAN WRITER published in 2010 on the anniversary of another of our notable chairmen and presidents, the wonderful Joyce Grenfell.
Check us out at www.swwj.co.uk 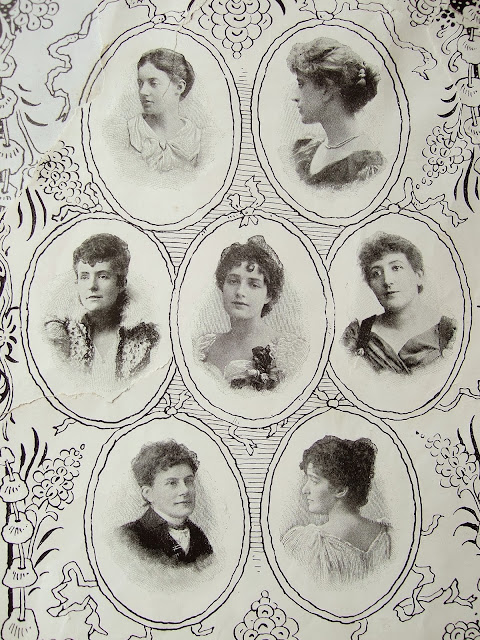 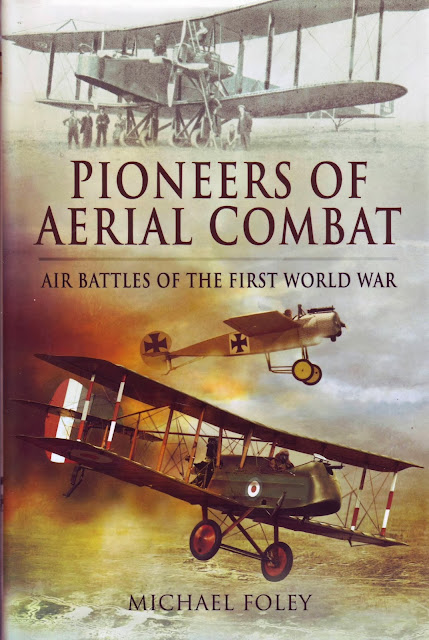 Enjoyed appearing on Book Club this morning with Michael Foley. All feel relaxed in this studio with radio presenter Michelle Ward.  She had done her research and Michael was able to fill in some interesting info on his life as a busy writer of some 20 books (with two further titles to hit the bookshop shelves). Michael's new book is fascinating whether you are interested in war battles or not and I have already learnt a lot of about the Great War (useful, as I am embarking on studying the various terrible battles about which I know so little - at the moment)!

When the Wright Brothers made their first flight in the early years of the twentieth century it sparked the imagination of those who wanted to fly, both in their country and around the world. In Britain, however, the spark wasn’t strong enough to light a fire and it was in other parts of Europe, notably France, where flight began to develop seriously.

Early pioneers of flight faced a high level of danger and many died in pursuit of fulfilling their dream. Although aircraft design had made incredible progress by the time of the outbreak of war, accidents still occurred on a regular basis. For some time, as many pilots died in accidents as they did in combat. This publication consolidates a range of stories, insights, and facts that, when combined, offer a vivid impression of events as they unfolded.

The chaos stirred up during the First World War and  the scramble to develop aircraft in response to the threat to homeland security is eloquently relayed, as are the battles that characterized this conflicted era. The reality of conflict gave aviation engineers and designers the opportunity to test their craft in the harshest of environments, pushing the benchmark ever higher in terms of what could be achieved. Sure to appeal to aviation enthusiasts and historians alike, this work offers the reader a full account of the developmental early days of flight.http://www.phoenixfm.com/2013/10/28/the-book-club-with-sylvia-kent-michael-foley/
Posted by Sylvia Kent at 4:34 PM No comments:

HUGE BOOK SALE (AND A CHANCE TO HELP THE NSPCC)

The 2013 NSPCC Book Sale takes place at Holmwood House School, Chitts Hill, Colchester on Saturday 26th and Sunday 27th October. The annual booksale is a great chance to stock up on good quality adult and children’s fiction and non-fiction books, all at very good prices. There’s a lovely atmosphere plus the money raised is going to a very worthwhile cause.
Posted by Sylvia Kent at 11:59 AM No comments:

HARVEST TIME IN THE AUTUMN KITCHEN 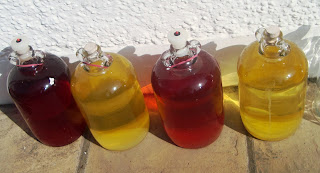 Yes, it's that time again in the English kitchen.  I have a 5-gallon fermenter on the go full of elderberry and apple juice, pots of blackberry jam and apple pies galore for the freezer. Starting work on the chutneys and pickles tomorrow if I find time. By the way, a 5-gallon cask produces 30 70cl bottles. Some of the work involved is research for a new booklet I've been asked to produce.

I've recently discovered that the local firm of Wilkinson produce an excellent grape juice concentrate which, if made properly, produces an excellent tipple.  So far, the Cabernet Sauvignon, Soave and Shiraz have been fermented in this water carrier (pictured with a an air lock attached) and this kind of bulk ferments out within about ten days.  However, I do suggest that although it is tempting to try your new wine  immediately fermentation ceases and bottling finishes, do lay down some of the wine to see how it ages. A month or so on, gives a smoother, mature feel to your brew.   Check on the Wilkinson web page forum to see what others have said about the Wilkinson product. www.wilko.life 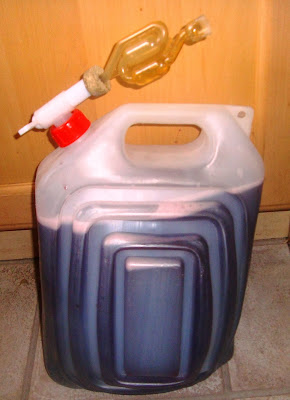 Posted by Sylvia Kent at 5:15 PM No comments:

Brentwood's De Rougemont Hotel was a happy place for the celebrated composer Peter Warlock (Philip Heseltine) during his lifetime.  Of course, in those days (1894-1930) he relaxed during his holidays spent at this lovely building's former name The Goldings and his Heseltine family owned most of Great Warley in Essex. He spent much of his later life in Wales.
On Wednesday 6 November at 1.15pm  there will be  a commemorative concert at the Dora Stautzker Hall at the Royal Welsh College of Music and Drama in Cardiff.  Members of the Peter Warlock Society who will remember the great composer on what would have been his 119th birthday.
The concert programme consists of songs that Peter Warlock composed in Wales : Captain Stratton’s Fancy; Mr Belloc’s Fancy; The Three Belloc Songs: Ha’nacker Mill, The Night, My own Country; Chopcherry and Sad Song (from Peterisms); Autumn Twilight; Sleep; Balulalow; Late Summer; Piggesnie, and Good Ale.

We are always pleased to help members gain access to Warlock material.
If you are interested in finding out more, please address enquiries to John Mitchell, using the contact details given above.

First time we've taken one of this firm's holidays and it was surprisingly reasonable and superbly organised.   You are picked up almost from your home by coach and everything is laid on. No hassle, no extra costs.  Several visits laid on for us to Weymouth, Portsmouth and Sandbanks: