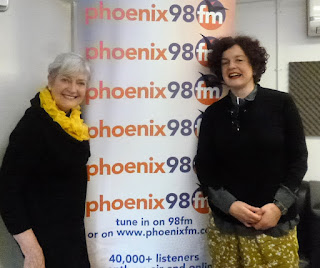 Always a treat to meet up with Ros Green, Essex Book Festival Director whose work for this annual gathering all over the county is unstintingly great.  Once again she travelled from Suffolk to Essex to meet us in the Brentwood studio to outline our upcoming Book Festival which starts on 1 March.  More pictures to follow. 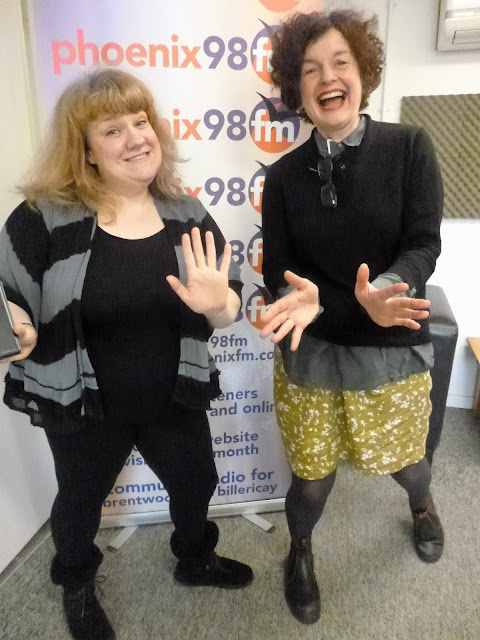 Posted by Sylvia Kent at 2:38 PM No comments:

LEARNING MORE ABOUT OUR COMPUTERS AND TABLETS

How very lucky we are still to have our libraries, in our Essex towns and villages and, best of all, our City of Chelmsford Library.  Writers really do rely on their help and support of library staff in their research and studiess and, of course, readers can order any of thousands of new books and computing help, but our libraries provide so much more.

Last Friday's gathering at Chelmsford Library introduced Anthony and Josh who were our gurus for the morning, helping to iron out some of those silly computer niggles which should have been explained in guidebooks that accompanied our new machines.  However, our two super experts answered many questions and I, for one, feel much more confident in using my Nexus 7 tablet.
Posted by Sylvia Kent at 9:57 PM No comments: 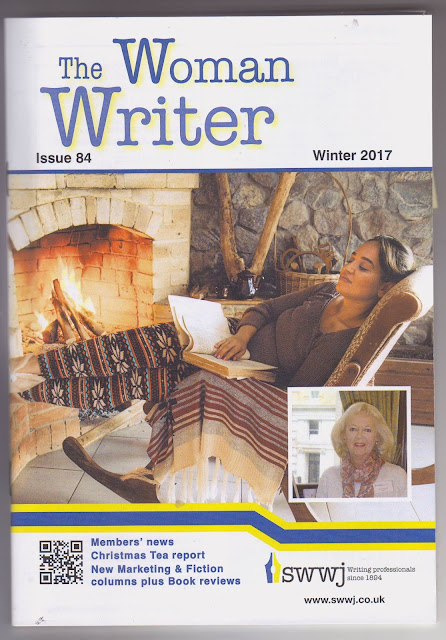 Posted by Sylvia Kent at 1:41 PM No comments: 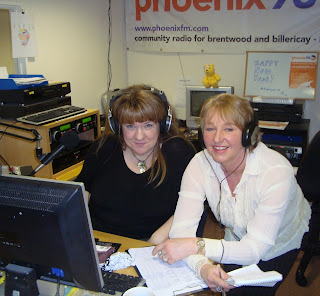 Many friends and family gathered at Herongate Wood Cemetery yesterday to say farewell to our lovely Mara, a girl of so many attributes.  A professional writer, professional cook, member of so many local clubs and societies; particularly of Brentwood Writers' Circle,The Society of Women Writers & Journalists and Billericay Readers' group.

Mara was such a friendly person, well known in our town of Billericay and always full of fun with a great sense of humour.  Here are a few pictures I've taken of her over the last few years when she joined us in some of our ventures, particularly our many years with Phoenix 98fm radio studio in Brentwood. Here she is with our favourite presenter Michelle Ward a year or so ago. We will miss her!
Posted by Sylvia Kent at 1:50 PM No comments:

INTO BRENTWOOD FOR A LITTLE BOOK SIGNING

THE PANKHURSTS - LATEST ESSAY IN MY NEW 'WOMEN' SERIES

Currently working on the Pankhurst family, particularly Sylvia. History buffs are well  aware that Emmeline, her mother  and father Dr Richard Pankhurst, produced two daughters who went on to become prominent suffragettes – Christabel (born in 1880) and Sylvia (born in 1882). The Pankhursts had five children in all - two sons and three daughters.
Their first son, Frank, was born in 1884 but died of diphtheria in 1888. The Pankhursts’ remaining son, Henry Francis, was born in 1889. In-between was the ‘lost sister’ Adela, born in 1885. Like her sisters, Adela played an active role in the ‘Votes for Women’ campaign. She was imprisoned for her involvement and went on hunger strike, although she never supported what she perceived to be the “excesses of militancy”.

Sylvia and Adela  left the WSPU in 1913. Sylvia became a socialist, and Adela was encouraged to emigrate to Australia after her mother gave her a ticket and £20. The rift within the family never healed.

Adela was well received in Melbourne but her followers soon became disillusioned.

Posted by Sylvia Kent at 2:14 PM No comments: 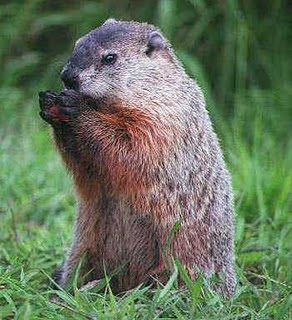 February 2nd is supposed to be the mid-point between the Winter Solstice and the Spring Equinox. According to legend, if the weather was good on that day, the rest of the winter would be stormy and cold. If not, the coldest season of the year would be over soon and farmers could start to think about planting their crops. Eventually a hedgehog - not the more traditional creature used today - was added, and the story of seeing his shadow began.

Regular readers will find this posting somewhat familiar. Well - I couldn't resist writing about Groundhog Day on 2 February last year and off I go again! As a British folklore fan, I enjoy learning about other countries' traditions. Groundhog Day has been used as a film, book and a play. What does a furry animal that looks like an overstuffed rodent hold such sway every February 2nd? The answer lies shrouded in the shadows of history. Most experts suggest the tradition began when German settlers brought their tradition of Candelmas to North America in the 1700s.
Posted by Sylvia Kent at 9:44 PM No comments: 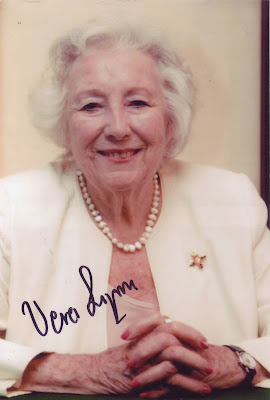 How lovely to hear on BBC Radio 4 this morning that Dame Vera Lynn will soon be celebrating her 100th birthday.  I was thrilled as she is one of my 'top personalities' in my latest book BARKING & DAGENHAM FROM OLD PHOTOGRAPHS. I was so grateful to her in allowing me to  use this photograph in my book.

Known as the “Forces’ Sweetheart during World War II, she has been singing and lifting people's spirits both then (and ever since) for more than 75 years, and soon she will release her new album. Vera will mark her birthday with a re-orchestrated versions of her most famous music alongside original vocals.
Vera said: “It’s truly humbling that people still enjoy these songs from so many years ago, reliving the emotions of that time. I was, after all, just doing my job as a singer. It's so wonderful for me to hear my songs again so beautifully presented in a completely new way.”
Our star will  also celebrate her birthday with a charity concert showcasing some of the best of British talent at the London Palladium. Taking place on 18 March, the one-off spectacular will raise funds for her children’s charity and features Armstrong and singers Blake and Hayley Westenra.
She has previously described the prospect of reaching her century as “an incredible adventure of song, dance, and friendship”.  We think she's brilliant.
Posted by Sylvia Kent at 10:45 AM No comments: