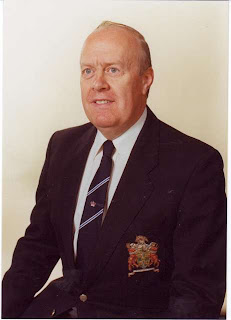 It's always great to hear of our friends and colleagues' success in this difficult world of writing. David Hodges, who was strongly connected with Billericay in his youth, turned to novel-writing following his career in the police. David enjoys huge success with each new book. His third novel, Slice, has now been accepted by the mainstream publisher, Robert Hale, and is due for publication on 31 May this year. It's a hardback thriller and I, for one, will be reading it (hopefully with my reading group) when it is launched. The publishers have now advertised David's new book on Waterstone's, WH Smith and Amazon webs, inviting pre-orders. Price in hardbook is £18.99.

David's previous novels were 'Flashpoint' and 'Burnout', both published by Pharaoh Press from Liverpool. We want to see more of David and his books if he can manage to visit Brentwood Writers' Circle next year.
Posted by Sylvia Kent at 7:25 PM 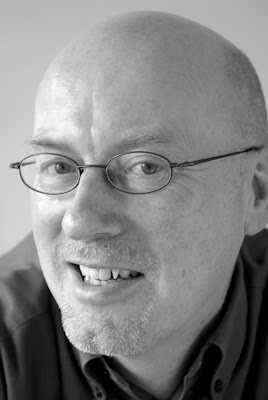 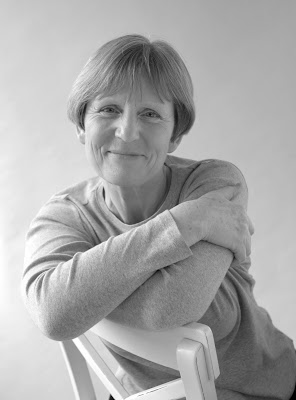 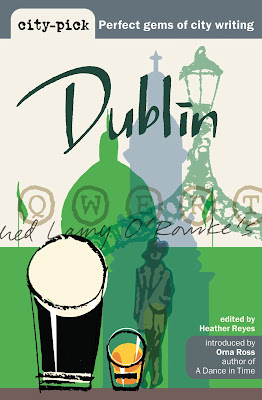 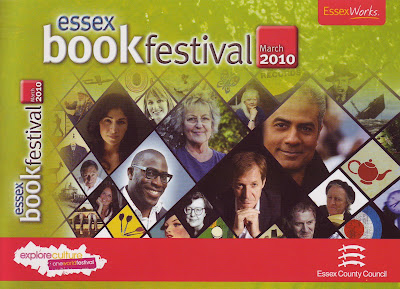 Appropriately, Malcolm and Heather's brand new book CITY-LIT DUBLIN will be launched at the Brentwood event and Orna Ross, author of A Dance in Time, will also be showcasing her new book alongside our hosts who have incorporated the very best of Dublin writing. They've collected over fifty of the very best writers on Dublin to get under the skin of this unforgettable writers’ city. Alasdair Verschoyle, director of Compass Ireland, who is responsible for Irish sales will also be there.

Malcolm's book embraces Anne Enright revealing the poetry in the Dublin soul, Elizabeth Bowen staying at the Shelbourne; Brian Lalor is swept along by Bloomsday; Joseph O'Connor takes a wry look at Dublin man; Iris Murdoch evokes the Easter Rising; Roddy Doyle pities the poor immigrant; J. P. Donleavy shows us student Dublin; Hugo Hamilton’s policeman has seen it all and so much more. Ticket prices are £4/£3 and need to be booked direct on 01206 573948 or www.essexbookfestival.org.uk The admission price includes a big discount on this title and others in the series, plus a glass of wine and refreshments. Do come!

THE PRIEST AND THE PLAYWRIGHT 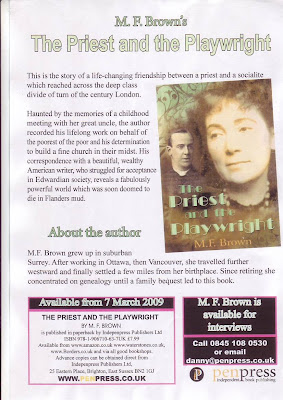 Margaret Brown pictured with her book which is linked to The Society of Women Writers & Journalists - a fascinating read. At the start of my research into the newly published history of the Society of Women Writers & Journalists - THE WOMAN WRITER, I’ve read material written by authors who’ve been linked to our Society. One fascinating book has been written by Margaret Brown entitled THE PRIEST AND THE PLAYWRIGHT. It outlines the friendship and correspondence between her great uncle, Father – later Bishop – William Brown and our SWWJ first President, American-born Pearl Craigie, one of London’s most famous playwrights of the late Victorian period. Pearl met Father Brown, a Scotsman in the late 1890s. His purpose in life, other than practising his deep Catholicism, was to build a church – St Anne’s at Vauxhall, London. Pearl Craigie, a wealthy woman, helped finance the building of this beautiful church now known as ‘the Spanish Church’.

Margaret Brown’s book took many years to complete. She read every single one of the hundreds of hand written letters between Father Brown and Pearl Craigie and we glimpse intriguing stories set in an Edwardian England (and the Isle of Wight) which contrast amazingly with today’s world. Margaret’s book is a great blend of national history, family letters and personal insight, which combine to make a fascinating read.
Posted by Sylvia Kent at 10:57 PM

Visited Babbacombe Cliffs a few weeks ago. Friends have an apartment in this fabulous place linked to the writer Oscar Wilde and his wife Constance. Way back in 1892 Oscar had accepted an invitation to stay there. The Wildes were happy to borrow Babbacombe Cliff from Lady Mount-Temple, Constance's distant cousin. Lady Mount-Temple was a wealthy patron of the arts and a close friend of John Ruskin. A well known literary lover she knew all the Pre-Raphaelites, and the house reflects Morris's daring new decor schemes. I loved it there.

The original villa was extended in the late 1870s to an exuberant design by W E Nesfield. The Mount-Temples lavished exquisite furniture and fittings on the house. They gave interesting flowery sobriquets to the rooms, so there was the Marigold Room, the Lily Room and so on. Lady Mount-Temple's bedroom was called Wonderland. Oscar lived - and loved - there in her absence. It was here that Oscar wrote his next play (a Woman of No Importance) to huge acclaim when it was premiered in London the following year.

As I picked my way down the rather steep path to Babbacombe beach, I couldn’t help thinking this was the trail used by poor old Oscar.
Posted by Sylvia Kent at 11:33 PM 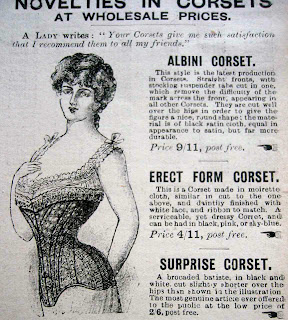 Just working on a piece about newspaper advertising from the last century and earlier. Imagine wearing these corsets to achieve the S Bend! Now, as we all know, the liberty bodice for children was introduced in 1908. I would be grateful for any original photos to help in my research.
Posted by Sylvia Kent at 11:03 PM 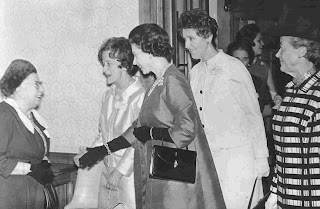 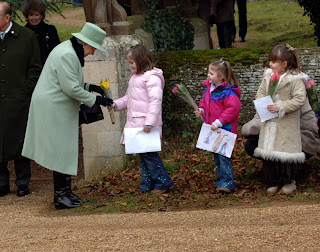 It's great to have friends in the media and this photograph was snapped by our pal Arthur Edwards, famous Royal photographer. He allowed me to publish this personal photo of our Queen with some of his own grandchildren. My first photograph was taken 40 years ago when the Queen was meeting some of our members in the House of Lords during our 75th anniversary. This makes us 116 years old! This little story is reproduced in my new book THE WOMAN WRITER which is now out there on the bookshelves, primarily in Waterstones. Obvously, Joyce Grenfell, whose centenary is celebrated next month, is in the picture, along with other members of our famous Society of Women Writers & Journalists. Many similar photos are included within my book.
Posted by Sylvia Kent at 12:57 PM

Labels: PHOTOS OF OUR QUEEN 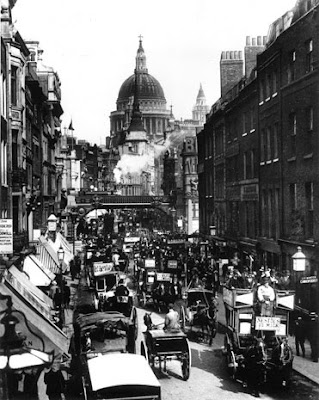 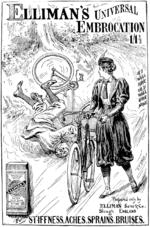 I'm currently publicising our Society's history book THE WOMAN WRITER just appearing in good bookshops (written by yours truly). The Society's provenance is traced to 1 May 1894. This was a memorable year. London Bridge was opened to traffic; Cocoa Cola arrived in Britain, and Harold Macmillan, later our Prime Minister was born on 10 February. He shared his birthday with our wonderful later president Joyce Grenfell who was born on 10 February 1910. Harold Macmillan's grandson, Alexander Macmillan, the 2nd Earl of Stockton, is now a patron of our Society, along with other distinguished supporters.

Life for women journalists in the 1890s was dire, but was rapidly changing. Women's salary was half that of male colleagues who worked on London daily newspapers and magazines. Surprisingly, there were several hundred professional women writers working in and around London during the 1890s. Many of them rode bicycles, a hazardous and dirty practice in London's Fleet Street which was often jammed with horse-drawn traffic. Later, they were to learn how to drive motorcars and fly aeroplanes - and write articles on these topics. 200 women journalists joined the SWWJ in its first year.

When our founder, Joseph Snell Wood, set up our Society, he was ridiculed; however, over the next 116 years, we succeeded beyond his dreams and have gone from strength to strength. Many of the world's most notable and distinguished journalists, novelists, playwrights, poets and associated creative writers have either become members or had strong connections with the SWWJ. From time to time, I will blog in some of our news from the past and look at the lives of some of our valiant pioneers.
Posted by Sylvia Kent at 4:52 PM 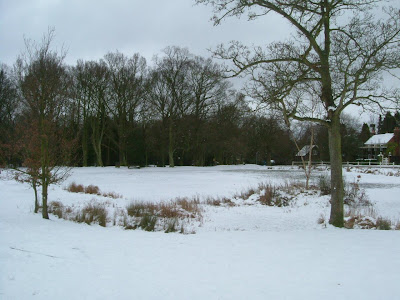 Apologies for suggesting that current weather was just a 'cold snap' - pretty low temperatures in Essex and in Devon - particularly the notorious Telegraph Hill near Exeter. This week, have written a a couple of features about past exceptionally bad winters including 1947 and '63. My thanks to Sally Anne Kent for photographs that illustrate my current articles.
Posted by Sylvia Kent at 11:13 PM 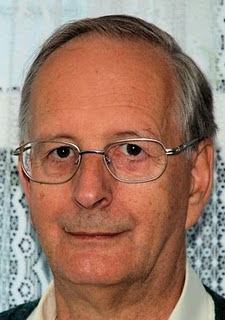 As a break from writing your masterpiece, why not take time out and enter a few writing competitions? They abound, in consumer magazines, specialist writing journals, daily newspapers and on the web. One of my favourite websites created especially for writers of all levels is www.WritersReign whose Editor Mervyn Love is always one step ahead in providing some fascinatingly title-themed competitions.

Visit Mervyn's website to download an entry form and to learn how to pay the £3 entry fee via PayPal or contact him directly. He requires stories between 1,000 and 1,500 words. Weave your story around the theme of A NEW DAY but don’t use the title as the actual title of your story. Create your own!Closing date: 28 February 2010. Winning entries will be announced on or before 30th April 2010 and will be published on www.WritersReign.co.uk as soon as possible after this date. 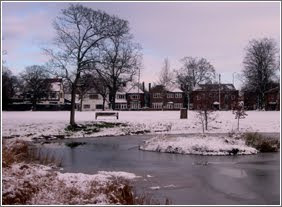 As the temperature plummets, the snow is becoming a nuisance, although very pretty at nearby Brentwood. It’s strange how wintry weather changes our familiar countryside. Shenfield Common, which encompasses the familiar wood-fringed millpond, takes on a decidedly ethereal aspect in the snow. What a contrast to the Common’s summer backcloth against which many bridal couples pose after trooping across the road from the Register Office opposite. Children, photographers and artists love the current snow-scene. In years gone by, locals would bring out their skates and twirl happily on the frozen millpond.
Posted by Sylvia Kent at 10:04 PM 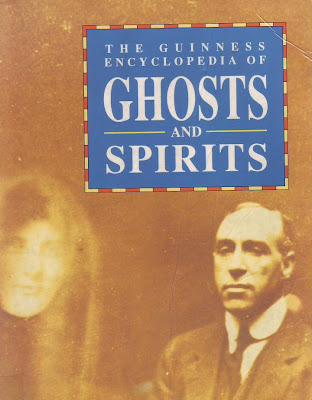 Christmas and the New Year inevitably bring out the eerie side of our writers' repertoire. We are all digging out our short stories to frighten each other at the Brentwood Writers' Circle on Saturday 9 January at the Ursuline 2.30pm. Lights out (by order) but glowing candles will surely help a little to allow the authors to read out their work and I suspect there will be some warm mincepies to set the atmosphere. Visitors welcome. I'm currently writing some short ghost stories for competition and publication.
Posted by Sylvia Kent at 3:00 PM