Not long to go now! Reading group members and writers alike - are all looking forward to crossing Essex to meet up with like-minded enthusiasts in venues in our county libraries and theatres.  Although many events have now sold out, there are still some  tickets available from www.essexbookfestival.org.uk These are listed below.

Posted by Sylvia Kent at 4:14 PM No comments:

ESSEX BOOK FESTIVAL LAUNCH APPROACHES - HAVE YOU BOOKED YOUR TICKET?

Panel: Mike Ripley, Barry Pike, Julia Jones. Chaired by Seona Ford
2016 marks the 50th anniversary of the death of ‘Golden Age’ crime-writer and Essex-resident Margery Allingham. To celebrate her life and work, Mike Ripley (author of Mr Campion’s Farewell), Barry Pike (Chairman of the Margery Allingham Society), and Julia Jones (author of The Adventures of Margery Allingham) will join Seona Ford (Chair of the Essex Book Festival and The Dorothy L Sayers Society) for a fascinating and illuminating panel discussion.

Part of Essex Book Festival’s Golden Age of Crime weekend, Saturday 5 & Sunday 6 March in Southend-on-Sea.
Posted by Sylvia Kent at 11:41 AM No comments:

Always a great fan of BBC WORLD SERVICE, I often visited the old Bush House building in Holborn, London near to my office.

The BBC World Service broadcasts from Broadcasting House in London, headquarters of the corporation as a whole. The service is located in the new constructions of the building and contains radio and television studios for use by the several language services. The building also contains an integrated newsroom used by the international World Service, the international television channel BBC World News, the domestic television and radio BBC News bulletins, the BBC News Channel and the local news for the BBC London region on television and radio. 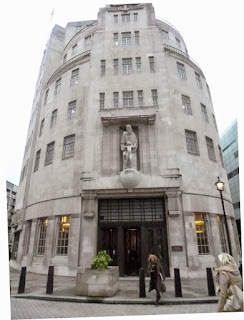 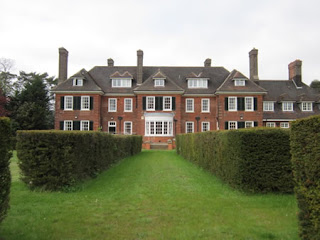 Out and about in the cold Essex air today. Visited this charming Grade II house Merrymeade in Brentwood which I knew more than 20 years ago.  Such an interesting heritage. Since its renovation, it really is beautiful with so many different aspects since last I came. Had a quick tour and so pleased that the lovely wood panelling has been retained in staircase area and around the building.I was invited by the clever journalist and PR girl Wendy Pike who is so successful and full of amazing ideas. Coffee in the Merrymeade Tea Room which is open Monday-Saturday 9 till 4 selling the most gorgeous cakes and coffee with Jane and Skye on hand to help.  Really great little oasis in Brentwood. Do pop in. 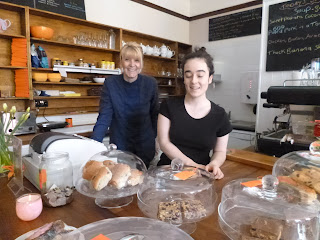 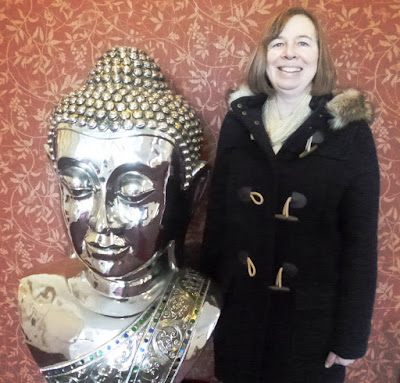 Then off for a wander around the building and discovered it is a Buddhist Centre, as well as a place for help and healing, so will pay a return visit soon.  Here we have Wendy with our new best friend! Then walkabout in Brentwood and a visit to the lovely David in Waterstones with one of my first published books about Brentwood - so appropriate - hope they want to sell my latest (and 10th) book soon. 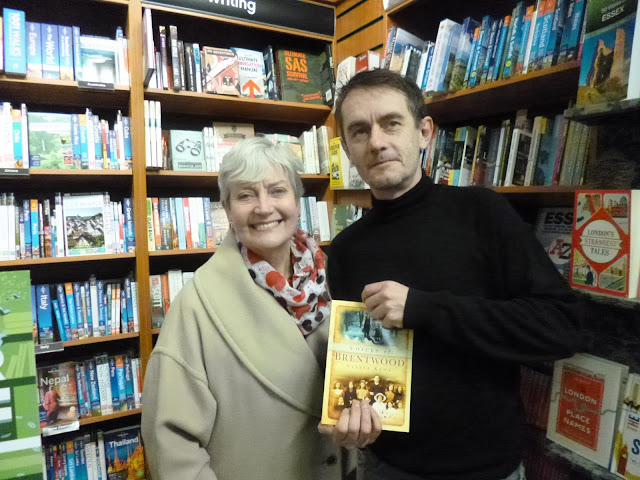 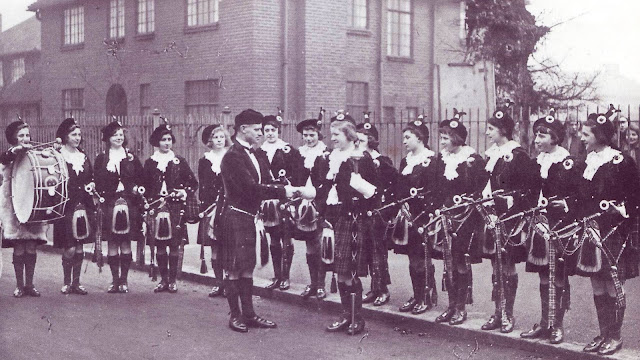 I love talking about one of my rather special writing groups, the Society of Women Writers and Journalists, members of which usually meet in at the National Liberal Club, . I look after their archives, for as you know, I love history!

Our Society is international.  Over its 121 years it has attracted some of the most famous writers in literary history.  I proudly wrote about it in one of my books  THE WOMAN WRITER which has been helpful to many academics studying women writers' lives over the past century, but I also included numerous authors, journalists,
poets, entertainers.  Over the decades, among them we enjoyed the company of Joyce Grenfell, Margery Allingham, Radclyffe Hall, Rebecca West, Vera Brittain, Shirley Williams, Elizabeth Longford, Nina Bawden, to name just a few. In recent years we have welcomed Elizabeth Bowen, Jacqueline Wilson, Sandra Howard, Victoria Wood and many more wonderful familiar personalities who joined us as members and patrons.
﻿
﻿

Nowadays, we have some prestigious  males on our membership list, many involved in film and stage, producers and directors, actors and newspaper proprietors.  How delighted we were when, this month, our very own Simon Brett, favourite of so many radio listeners and film fans, was awarded the Queen's Order of the this year. This was for his work and services to literature.

Simon is the man behind the Charles Paris, Mrs Pargeter Fethering and Blotto & Twinks series of crime novels and in 2014 he was awarded The CWA Diamond Dagger, one of the highest accolades in the crime writing world. His writing also includes comedy in radio and television series such as No Commitments and After Henry.

As Society Patron, Simon attended our 120th anniversay celebrations in 2014 at Stationers; Hall, . He delighted our delegates by reading his witty poem The Woman Writer, written especially for the occasion. An inspiration to writers everywhere, Simon says “I can’t remember a time when I didn’t want to write. I still do, and I want to do it better.”

That's a thought that so many of our members endorse, male and female. Why not check out our website at  www.swwj and find out far more?

ISSUING FREE ADVICE TO STUDENTS WHO WANT TO WRITE!