Barking welcomed Ezo Bistro Cafe Art just one year ago. During 2014, Iliyan Kuzmanov devised a simple, but effective idea to attract people who enjoy coffee in comfort.  He has fitted his cafe with many interesting paintings, comfortable armchairs and settees, packed with books and plants, and the piano up the corner add the finishing touch. Oh, and the coffee is great!

Mensa member Iliyan, who studied for a law degree in Bulgaria before completing a history and economics degree in Canada, attracts many folk who enjoy taking a peaceful break and an opportunity to soak up his rather special atmosphere.   He recently commented: “There are plenty of coffee shops around, but we’re providing something new for Barking.  People can sit in comfy chairs, enjoy some food and coffee and take in the relaxed, but hopefully intellectual, environment. Rather than collect their coffee and leave, we're hoping people will soak up the atmosphere and read the books we have here, or maybe play some chess.”

There is an inviting selection of food on offer, including sandwiches, fresh cakes and crepes, as well as a variety of coffee and other beverages. Pictured  are two Italian friends who, yesterday, enjoyed a chat and a pleasant break from work. 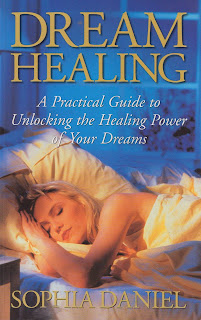 Over many centuries, people in all cultures and nations appear to have been interested and often puzzled as to why they dream.  Could there be a purpose and message from their personal dream world with links with their past or everyday life?

Sophia Daniel is an experienced healer and dream analyst whose columns on dreams have been published in Prediction magazine.  She has studied this subject extensively in all its forms over many years which has resulted in her latest book Dream Healing published by Element. There is also an ebook available.

Sophia has many interesting theories which will help readers in understanding what is going on in their subconscious while they sleep.  Her do-it-yourself guide to Dream Healing covers:

This is a fascinating book. By paying attention to your dreams – and working with them – you can realise hidden problems and hopefully find solutions.
ISBN 1-86204-459-7 Element Books £8.99

Each year the Fun Walk attracts more people and, as a marshal this year (instead of walking the course), I had the pleasure of meeting most of those who managed to get to almost the furthest Cray Hill point - and all were cheerful and were looking forward to collecting their medals later in the day.  We certainly have  some very fit people of all ages in this part of Essex! 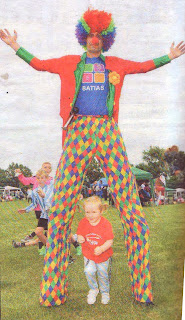 We are indebted to our superb sponsors, firms and charity personnel who came along, and of course, our wonderful walkers and their families for making this, our 14th Fun Walk so memorable.  An update on funds raised will follow when known. 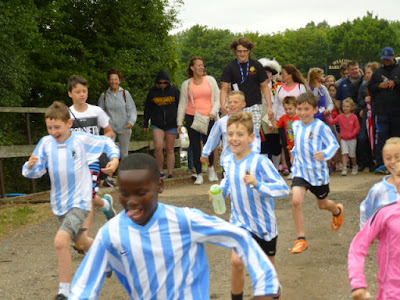 Enjoyed a little pomp and ceremony on Thursday when HRH Queen Elizabeth visited Barking.  Here she and the Duke of Edinburgh are accompanied by the Leader of the Council Cllr Darren Rodwell.  Hopefully, by now, she will have glanced through my new book  BARKING & DAGENHAM FROM OLD PHOTOGRAPHS that was presented by Cllr  Rodwell.   Therein, she will find numerous images of herself and her family snapped on earlier visits.  On this occasion, it was to celebrate the 50th anniversary of the two towns amalgamating to become a London borough. The royal party also looked in on Chadwell Heath and Sydney Russell School (the old Dagenham County High), before arriving at Barking.  These venues, along with dozens of others, were part of my own perambulations during the last two years of study and research in preparing my book. 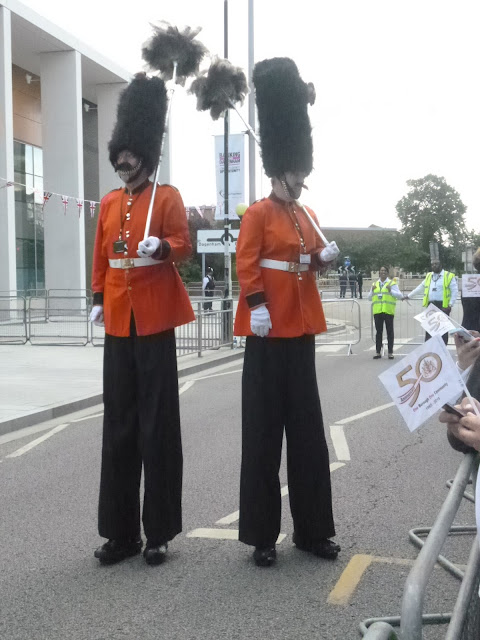 Lots of good natured fun took place along the route, among a huge police presence, a few well behaved horses, dogs and a helicopter or two.  No idea where these two rather tall red-jacketed guards on stilts, came from.   And I was almost fooled by the  "press" jokers, but they too, provided much merriment for the waiting crowds, 12-deep behind me. 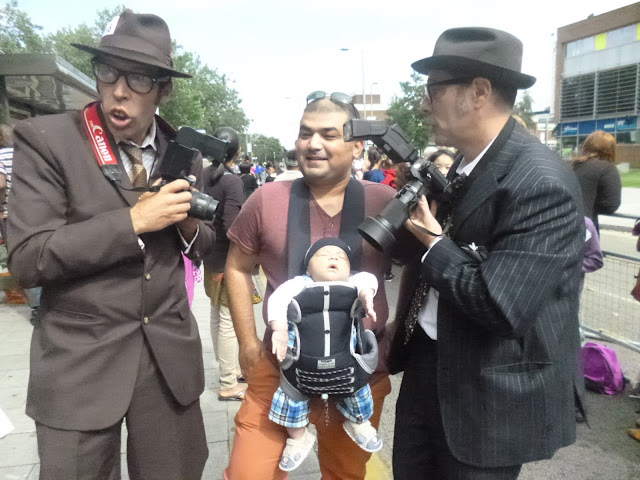 Posted by Sylvia Kent at 7:05 PM No comments:

REPRESENTING THE SWWJ ON THE TERRACE AT WESTMINSTER PALACE

How lovely to be invited to the prestigious Authors' Licensing Collecting Agency's Summer Party on Tuesday and meet up with so many famous literary and musical folk! We are all part of the All Party Parliamentary Writers' Group and it's fun to relax and chat with some of the UK's celebrated authors and journalists. 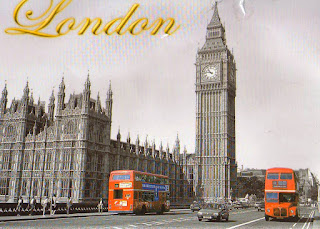 This year, guests included not only Members of the House and Peers from both Chambers, but also some of my SWWJ chums.  Our own Society members have been in the business of professional authorship and journalism for more than 120 years and it's fascinating to spend time with other like-minded scribes from around the world, as well as from our own regional chapters.   Here are just a few of us lined-up - more had gone off to refresh their glasses, but I think everyone enjoyed their special day in London.  More pics to follow. Check us out at www.swwj.co.uk

OUR VERY OWN FAMILY "WEDDING BY THE SEA" 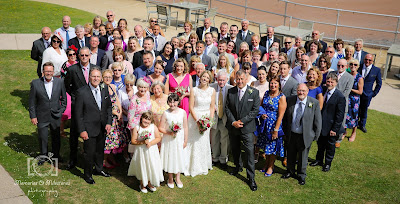 Rarely can we say in England that the weather could possibly be better for our own special family event, but it really was superb on Saturday 4 July.  Jenni and Paul and almost a hundred friends and family arrived in Paignton, near Torquay, Devon to celebrate their wedding. The view from the Redcliffe Hotel is spectacular and soon we hope to have the official photographs for posting around the world, but for the moment, here are Jenni, Sally, Poppy and Lottie.

My writing work is still to the fore and even runs through this personal posting, as during the Reception, we were treated to some truly creative poems so beautifully written and performed for this special occasion and the day was exciting, colourful and enjoyed by us all, even this rather nervous new mother-in-law! 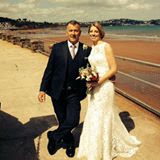 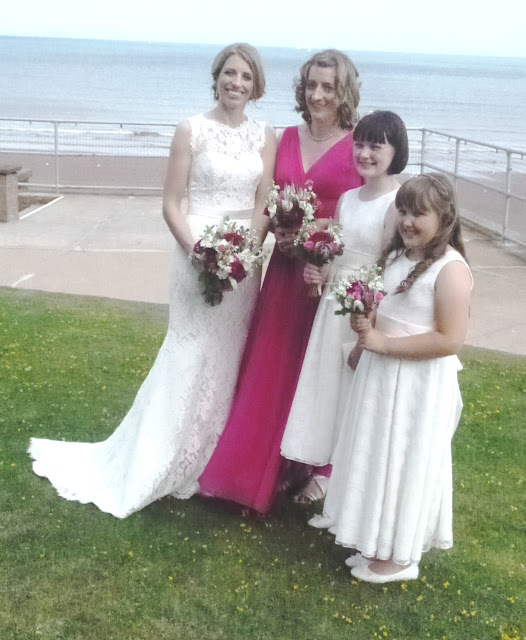