After several years of research and writing, The Woman Writer which looks back to the start of the Society of Women Writers and Journalists in 1894, will be published on November l 2009. Its title takes its name from our journal published five times a year which brings vital information to its members worldwide. Over the last two years, many coincidences have occurred that bring the names of some of our pioneers of the Society right into the present century.

Among them, is Constance Armfield (nee Smedley) who wrote about 'her Society' in her biographical book ‘Crusaders’ published in 1929. Constance was instrumental in setting up the now famous International Lyceum Clubs which operate successfully in almost every major city around the world. I have included some of their early history within my own SWWJ book. Frank Hatt, the playwright, has written an intriguing play with Constance as the star. This is scheduled to be performed by the Stroud Theatre Company starting March 11th - April 10th 2010

For further information visit www.stroudtheatrecompany.co.uk. The play will be directed by Chris Garner. This play 'Constance'. looks as if it will be a fascinating production and I know that members living in the area will try to get there.
Posted by Sylvia Kent at 4:11 PM

Jason Hawkes is probably the best photographer in London and his work can be seen in many of his books written ovewr the last dozen years.
Posted by Sylvia Kent at 8:00 PM 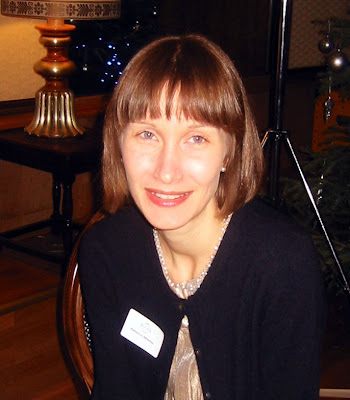 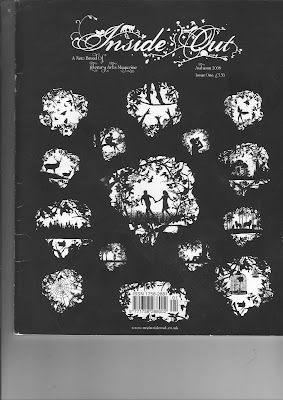 One of our newish members of the Society of Women Writers & Journalists is Rebecca Atherton who recently sent me a copy of her magazine Inside Out. This is a new breed of literary arts magazine which I found fascinating. Rebecca's description of the journal is 'part literary publication, part therapeutic expression'. Her aim is to promote creativity for self-development through the publication of a diverse mix of artistic work. Self-awareness and self-help are the twin aims. She believes that sometimes simply owning something on the page is all it takes to move past it and move on, for both reader and creator. Rebecca’s first edition of Inside Out received a great welcome and her latest publication is equally as good.

Inside Out is fuelled by the understanding that creativity can be a powerful way of coping with, and overcoming, the inevitable hurdles that life brings. Not only can it actively help to develop a broader sense of perspective; it also has the potential to really boost self-confidence, self-worth and self-esteem: the pen and paintbrush transformed by the touch of our hand into a powerful magic wand. Take a look for yourself. http://www.myinsideout.co.uk
Posted by Sylvia Kent at 8:21 PM 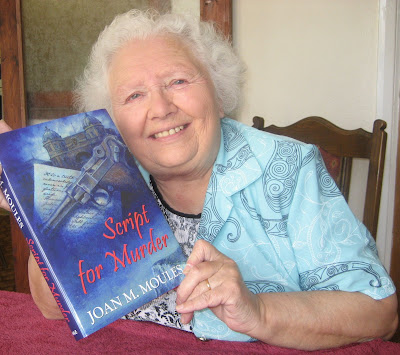 I hope that friends and SWWJ colleagues around the Sussex area can pop into Waterstones, West Street, Chichester, Sussex at 11.00am on Saturday, 15 August. Joan Moules and Robbie (Roberta) Grieve are both there signing their new books published by Robert Hale.

Joan Moules’ new publication is a who-dunnit ‘Script for Murder’ and Robbie celebrates the publication of her third book On Wings of Song.
Posted by Sylvia Kent at 9:44 AM