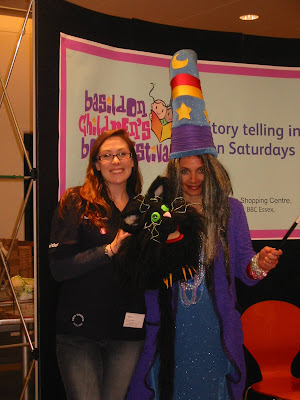 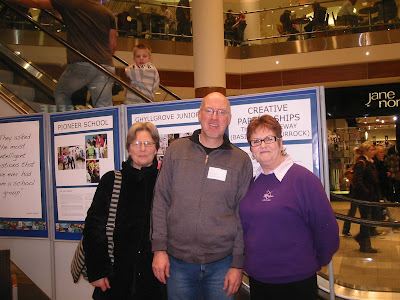 Saturday 23 February and the very successful launch of the first ever Children’s Book Festival at Basildon’s Eastgate Shopping Centre in Essex. Jeanette, Heather and Malcolm manned the tannoy and were delighted with huge enthusiastic response from children eager to learn about forthcoming appearances at the Towngate Theatre when Michael Rosen (We’re Going on a Bear Hunt) Anne Fine (Madame Doubtfire), Francesca Simon (Horrid Henry), GP Taylor (Shadowmancer) and Jeremy Strong (I’m Telling you, They’re Aliens, will be attending the festival and meeting their fans. Jacqueline Wilson will be coming to Basildon on 5th March and we’ll be there to welcome her. For full details of all Festival Dates and Authors ring Serena on 01268 247251 www.creative-partnerships.com
Posted by Sylvia Kent at 7:41 PM 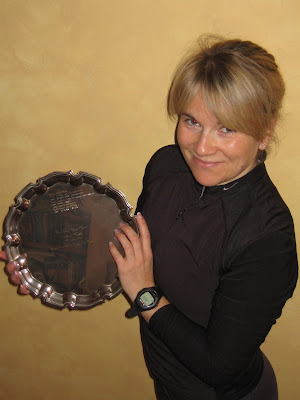 I promised details on this very special tradition that is included in my book FOLKLORE OF ESSEX which is going to be reprinted soon. This unique Essex tradition originated on New Year's Day in the early 1970s and has grown in popularity over the years. It started as a youthful dare made at the Queen's Head pub which overlooks Hythe Quay. The challenge to the young men was to serve a meal on the saltings of the river Blackwater while dressed in full evening dress. The challenge was accepted and carried out. The following year, from a bar on Maldon saltings, around 20 people made a mad dash across the river bed, drank a pint of beer and then returned. This was the beginning of the annual Maldon Mud Race that has turned into a huge sucessful, sponsored event raising thousands for local charities. It's not unusual to have 17,000 spectators - many from around the world who love watching th event that has now entered the annals of modern folklore. Here we see the winner of the female section, Claire Taylor from Billericay, Essex.
Posted by Sylvia Kent at 5:52 PM 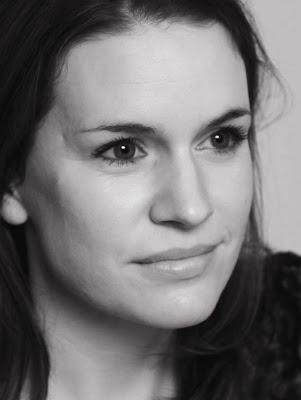 Brentwood Writers' Circle members are looking forward to welcoming talented novelist, Sarah Hall to their Ursuline School venue on Saturday 8 March at 2.30pm. Sarah will be talking about her new book The Carhullan Army which looks as if it will be as successful as her first novel, Haweswater published in 2002. Her second, The Electric Michelangelo was shortlisted for the 2004 Man Booker Prize. This partnership with the Book Festival is a great idea. Programmes can be found in all Essex libraries and, of course, on the web at www.essexbookfestival.org.uk
Box Office 01206 573948 Some events are sold out.
Posted by Sylvia Kent at 6:25 PM

We're all looking forward to the Children's Book Festival which starts on Saturday, 23 February at Eastgate Shopping Centre with storytellers, competitions and book trails. From 25th February we'll be able to see many children's authors at the Towngate Theatre, Basildon who will be hosting some wonderful writers, including Children's Poet Laureate Michael Rosen, Jeremy Strong, Francesca Simon, Anne Fine in the Main House, with Dan Freedman, Grace Dent, Betty G Birney and GP Taylor in the Studio. Phone the Box Office 01268 465465 for dates and times or the website www.basbookfest.co.uk. Then at Chalvedon School on Wednesday 5th March the great Jacqueline Wilson will be talking about her books - tickets from Waterstones,Basildon 01268 532255
Posted by Sylvia Kent at 8:52 PM 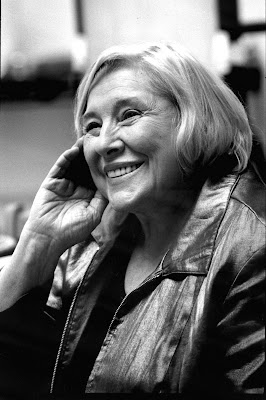 
Fay's novels include The Life and Loves of a She-Devil, Puffball, Big Women and Rhode Island Blues. Her most recent novel was the critically acclaimed She May Not Leave. Tickets are selling quickly - meet Fay at The Budworth Hall, High Street, Chipping Ongar on Wednesday 12 March Book tickets at Box Office 01206 573948
Labels: FAY WELDON
Posted by Sylvia Kent at 5:35 PM 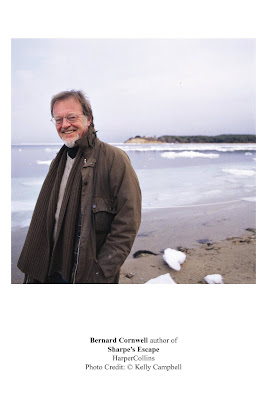 Essex Book Festival begins on Thursday 6 March at Chelmsford Library - Come and meet authors such as Gilda O'Neill, Barbara Erskine, Martin Newell and many more that day. BBC Essex will be recording live from the Library and the lovely Angela Lodge and Ray Clark will be reporting for the Dave Monk Show.

Later that day at Saffron Walden, we will meet Andrew Motion and Robert Macfarlane. Throughout March and April there are dozens of superb writers appearing at libraries and theatres around Essex under the umbrella of the EssexBook Festival. Sara Hall at Brentwood (linked to Brentwood Writers' Circle) at the Ursuline on 8th March, Fay Weldon is at Ongar on 12 March, Bernard Cornwell at Chelmsford on 26th March, Julie Myerson at Billericay on lst April, Sheila Norton 2nd April at Wickford and there are many more brilliant authors in the county, so do pick up a programme at any Essex library and book your seat early - the Box Office sells out quickly.
Posted by Sylvia Kent at 5:31 PM