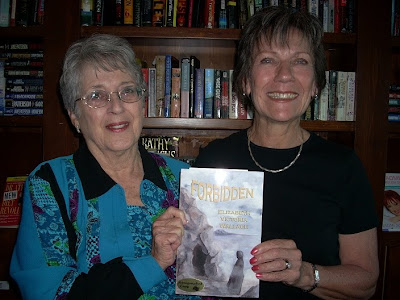 At last Elizabeth Wallace's new book has been released. Elizabeth, an author and broadcaster who lives in Denver, Colorado is arriving in London soon to publicise and sign her fabulous new book which has been published by Black Rose. She is the author of five non-fiction books, so this is a new turn in her writing career. Here we see Elizabeth with her great friend, the illustrator of her book cover - Audrey Ledgerwood.

Elizabeth's story is set in England and Scotland during the mid 1660s. It is fast paced, dark and edgy, and is based partly on an ancient Scottish legend. As a child, Catherine MacDonald was left at a priory by her mother who never returns to claim her. As an adult, Catherine becomes a nun, but a chance meeting at Hadleigh Castle with the Earl of Essex and a strange young girl, changes Catherine's life forever. She is determined to find her mother, and sets off for Scotland. During her journey, she sees the injustices of life outside the cloistered priory; the downtrodden and the poor, those afflicted with leprosy and the plague. She witnesses the desperation a woman feels when she has no man to support her, and realizes that one mistake can change a woman's life forever – perhaps a woman just like her mother.

Woven into the story are actual historical events and people such as Lawrence Washington, great-great-grandfather of President George Washington, the Sherman family in the County of Essex and Reverend Mompesson in Eyam, Derbyshire.
It is an intriguing legend, and one the author remembers from her childhood growing up in England. Most believed the legend to be true, including Elizabeth’s grandmother who would fearfully whisper the names of the wicked individuals. As an adult, she researched the story and realized there may be some truth to the legend. Indeed, the BBC did a documentary about it and tried to find the subterranean cave that is a key part of the story. Black Rose Writing (www.blackrosewritingbooks.com)
Posted by Sylvia Kent at 9:51 AM

SIGNING 'THE WOMAN WRITER' AT THE BRITISH LIBRARY 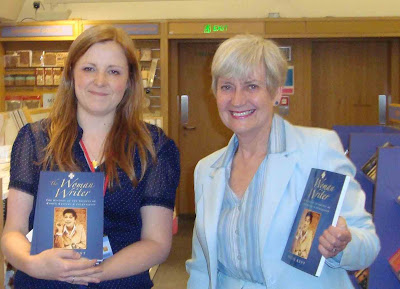 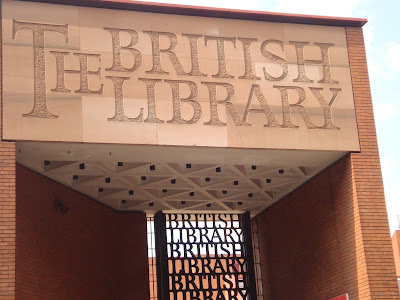 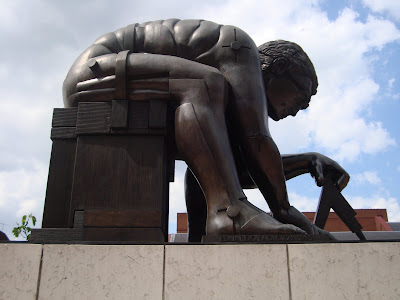 Yesterday out and about in London. Met the lovely Georgina at The British Library and signed some of her stock of my 7th book THE WOMAN WRITER. Do pop in and buy one if you are in the BL doing your research. You meet the most fabulous people there and the staff are the very best!
Managed to meet many of them during my three years of researching my book which studies the history of the Society of Women Writers & Journalists. Although I consider all libraries to be fascinating places, the British Library at St Pancras, London is probably my favourite! Do visit.
Posted by Sylvia Kent at 1:46 PM

Labels: GEORGINA AND S IN BOOK SHOP AT BRITISH LIBRARY 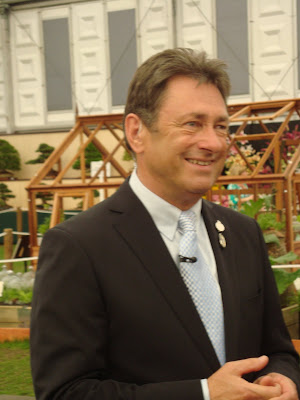 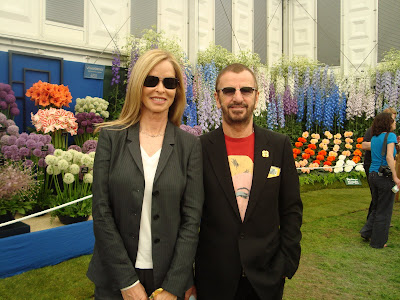 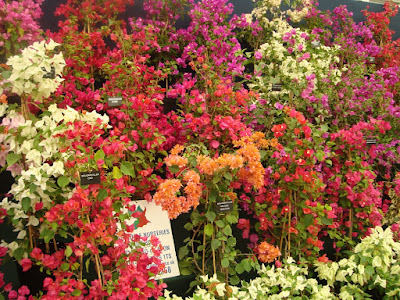 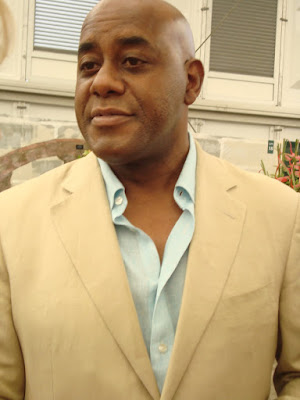 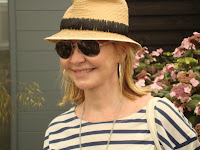 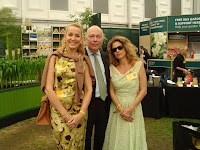 What a start to Chelsea! Monday's temperatures in the upper 80s set the tempo for one of the most exotic and exciting press days I've experienced in years. The gardens and settings are superb - as you would expect - but this year the atmosphere was electric and glamorous, and there was such a different feel to the place. Here are a few pictures of celebrities, masses more in my store. See here Alan Titchmarsh, Ringo, Lulu and others which will be posted as time permits. A great day!
Posted by Sylvia Kent at 9:32 PM 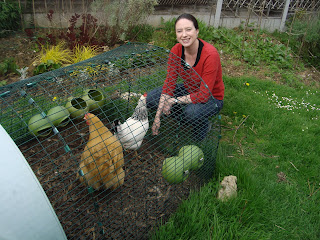 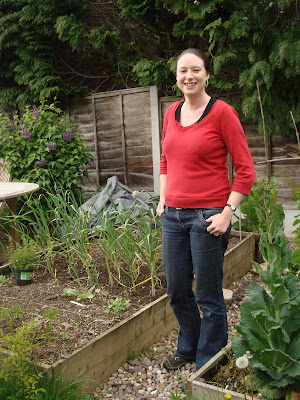 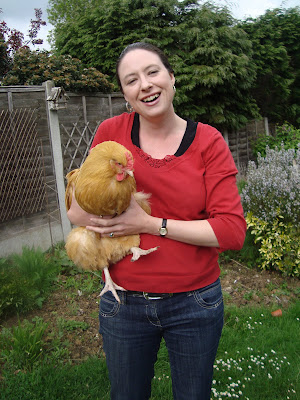 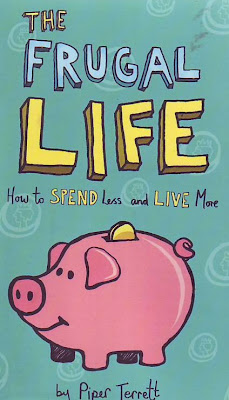 Enjoyed a super afternoon with Piper Terrett whose interest and knowledge of 'Greening Billericay' has been in the news recently. Piper outlined her thoughts and day-to-day experiences in saving time, energy and money in her best selling book THE FRUGAL LIFE (how to spend less and live more). It's excellent and I've learned a lot. Piper is an accomplished public speaker, too, and I certainly enjoyed listening to her. More pictures will be posted soon.
Posted by Sylvia Kent at 3:17 PM

BILLERICAY CELEBRATIONS AT THE CATER MUSEUM 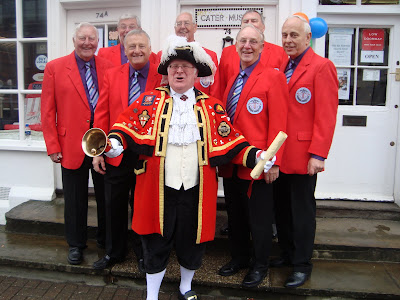 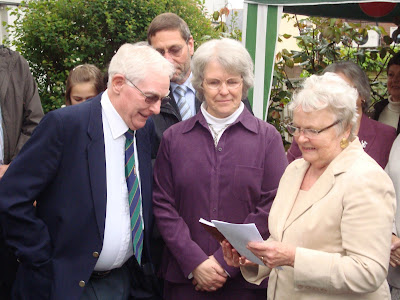 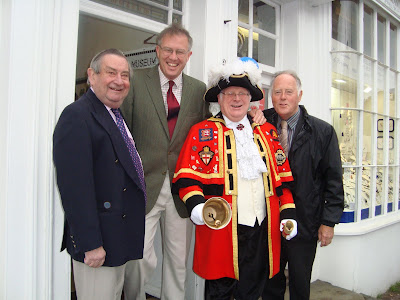 Saturday's awful weather did not subdue the celebrations at the Cater Museum's 50th birthday. Despite the rain, the day was memorable. The Friends of the Museum had prepared a superb lunch which was enjoyed by friends and so many visitors. Jim Shrubb, our home-grown Town Crier was there to welcome governors, trustees and many visitors and the party atmosphere was evident. Our Member of Parliament, Mr John Baron, presented prizes to the young winners of the recent children's art competition and the Encore Harmony Group were fabulous. Love those jackets! Pictured here are Neville Deakin, Peter Strong with Mr Baron and Jim Shrubb and other highlights. Barbara Birdsall and Curator, Chris Brewster are pictured with David Richman, brother of our first Curator, Harry Richman, who painted the beautiful scenes of Billericay which have been incorporated in the brand new book which was was selling so well at the party - copies are available from the Cater at £8.50. The Cater Museum is open to visitors every day (except Sunday)from 2pm-5pm. Free entry - visitors warmly welcomed. 74 High Street Tel: 01277 622023
Posted by Sylvia Kent at 10:08 PM

THE CATER MUSEUM OPENS ITS DOORS IN CELEBRATION OF 50 YEARS 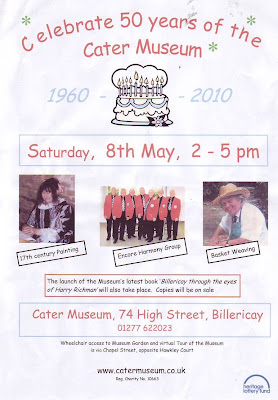 Great excitement in Billericay on Saturday, 8 May for the 50th Celebrations at the Cater Museum. The 'Friends of the Museum' are working hard to prepare the Museum for the many visitors we have invited. Throughout the day there will be demonstrations of 17th century painting, a superb exhibition showing "50 Years of the Cater Museum", demonstrations of 17th century inkle loom weaving, basket weaving and the ENCORE HARMONY GROUP will be entertaining us all.

Importantly, the Museum is launching its latest book 'BILLERICAY THROUGH THE EYES OF HARRY RICHMAN'. Signed copies will be on sale.

We have wheelchair access to the Museum Garden and a chance to see our virtual Tour of the Museum. www.catermuseum.co.uk For more detail 01277 622023
Posted by Sylvia Kent at 3:42 PM