BRIAN CANT - A FAVOURITE VOICE FROM THE PAST

So sorry to hear of the passing on 19 June of Brian Cant, the actor with the lovely voice and someone I met a few years ago. His involvement in Play School directly led to his work on three linked Gordon Murray puppet TV series. Who remembers  Camberwick Green, Trumpton and Chigley - certainly our children (and thousands of others) do? Play Away and other projects for older children during the 1980s.   Brian also starred as Brian the farmer in the children's television puppet programme  Dappledown Farm and he was famed as the storyteller in the UK version of Jay Jay the Jet Plane. and the narrator for the popular Canadian children's show  Bruno. 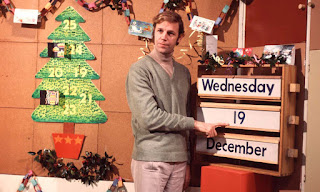 He fabulously co-hosted the children's programme

Brian also appeared in television series for adults, twice in Doctor Who stories, Doctors and several other programmes.  I was delighted to meet him at last when my friend actor Mike Edmonds invited us back stage in Southend for that great play by Paul Elliott There's no Place like a Home and Brian valiantly posed for me. We will certainly miss this lovely chap.
Posted by Sylvia Kent at 10:20 PM No comments:

Celebration day tomorrow for the AGM and gathering of the Society of Women Writers and Journalists - hard to believe we look back on 123 years of continuous membership. 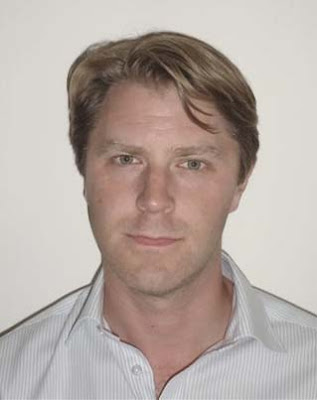 Members, visitors and special guests will meet, as usual, in the stately National Liberal Club and enjoy a special meal, with the well known speaker Richard Combes, Head of Policy at the Authors Licensing & Collecting Society.  It's always a great pleasure meeting new and long-standing members who share our fascinating  craft of writing and publishing.  For details of more of our events and useful links:   www.swwj.co.uk

NEW BOOK ON THE HORIZON - THE HOUSE OF SILK 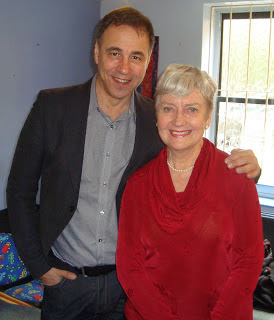 Anthony Horowitz is my current favourite author and my thoughts on his new book are summed up by most of the well known literary reviewers.  He is also one of the UK's most prolific and successful writers. His novels The House of Silk and Moriarty were Sunday Times Top 10 bestsellers and sold in more than thirty-five countries around the world. He was recently commissioned by the Ian Fleming Estate to write the James Bond novel Trigger Mortis. His bestselling Alex Rider series for children has sold more than nineteen million copies worldwide.

As a TV screenwriter he created both Midsomer Murders and the BAFTA-winning Foyle's War; other TV work includes Poirot and the widely-acclaimed mini-series Collision and Injustice.

Anthony has recently joined the board of the Old Vic and regularly contributes to a wide variety of national newspapers and magazines. In January 2014 he was awarded an OBE for services to literature.
Posted by Sylvia Kent at 11:00 PM No comments:

THE GOOD LIFE STARTS AT HOME AND IN OUR GARDENS 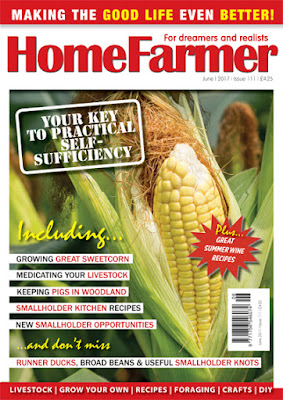 I'm just starting to write copy for the September edition of this really rather wonderful monthly journal, for as you know, research, interviewing, reporting and eventual writing absorbs quite a lot of time.  In my case, because my work is so varied and covers many aspects of history, books, folklore, healthy living, eating and drinking, the list grows longer.  However, it is wonderful to find so many like-minded folk around the world and receive their thoughts, advice and even recipes which are offered with permission to use in my various writing outlets.  Many thanks to you all.

Next edition (August) of Home Farmer will be published around the lst July.

Posted by Sylvia Kent at 9:25 PM No comments:

MARGARET'S DAISY - BUT WHAT IS IT'S NAME? 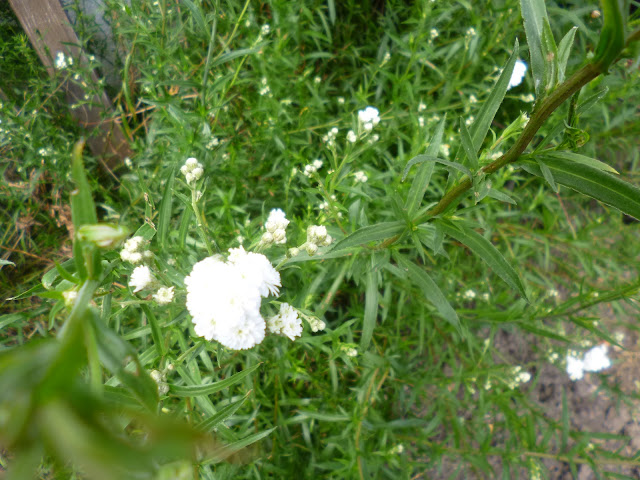 Keen gardeners - I need your help!  This pretty tallish daisy has been growing in our garden for many years, given to me by the lovely Margaret.  Have asked so many gardeners about its name - no one has been able to help so far, but have now posed the question to the RHS Plant Finding team.  Will let you know when I receive an answer.  In the meantime, you can see it in bloom at the Cater Museum, Billericay, Essex.

Posted by Sylvia Kent at 1:26 PM No comments:

A LITTLE PIECE OF PEPYS

Currently reading the Reverend Smith's 1912 version of The Diary of Samuel Pepys is probably the most famous diary in the English language. This is research I am carrying out for a commissioned feature.

Pepys began documenting his activities on January 1660 and finished in May 1669, a relatively short period. I am enjoying learning first-hand about some of the most turbulent events of the nation’s history, including the coronation of King Charles II, the Great Plague and the Great Fire of London. Pepys was an extremely observant commentator and his diary is an important historical document. Written in his own special shorthand, it is now housed at Magdalene College, Cambridge. I also learned how to write shorthand - in my case, Pitman's New Era which took years to reach 140 words per minute - but well worth the effort.

Pepys’ diary entry for 22 February 1664 is typical of his blending of domestic details with affairs of state. It begins with an account of Pepys shaving and setting off on his daily business, but goes on to focus on an issue of immense political concern: the acute financial shortages that were a feature of Charles II’s reign. The revenue granted to the monarch by Parliament fell short of the amount actually needed in order to run the country, and the Anglo-Dutch wars of 1664-7 and 1672-4 – coupled with Charles’s extravagant lifestyle – were a further drain on his income. The extravagance of the Royal household was resented by many, and the introduction of a Hearth Tax as a means of raising additional money caused a significant amount of dissatisfaction. Research continues (many thanks to some of my more academic friends for their advice).
Posted by Sylvia Kent at 11:27 AM No comments:

Just finished off a feature about the next stage of writing.  Many writers feel a great sense of relief when their book is finished and their precious manuscript has been safely received by their publishing company. Their job is done – or is it? It’s true that publishers have marketing departments whose job is to sell as many books as possible, but it is a well known fact that the majority of books are unlikely to earn large amounts for the publishers. It’s up to the author to do all he/she can to market his book and generate sales both to the trade and potential readers.

An excellent way is to approach bookshops – preferably the larger chains - and offer to put on a book signing. A good, sharp photo of yourself attached to a short press release with illustrations of front cover and quotes could be sent to local newspapers and radio stations, which will generally attract media attention.

Sell your latest book or non-fiction articles by posting the work on your own website (which usually has to be paid for) or a blogsite  which is an effective marketing tool and is offered freely by Google. Don't forget local and regional radio - national, too, if you can interest a producer (and we do have a few connected to SWWJ), but do get into the mood and 'go off to market'.  Check out the Society of Women Writers and Journalists www.swwj.co.uk and study our list of great opportunities provided for SWWJ members around the world. 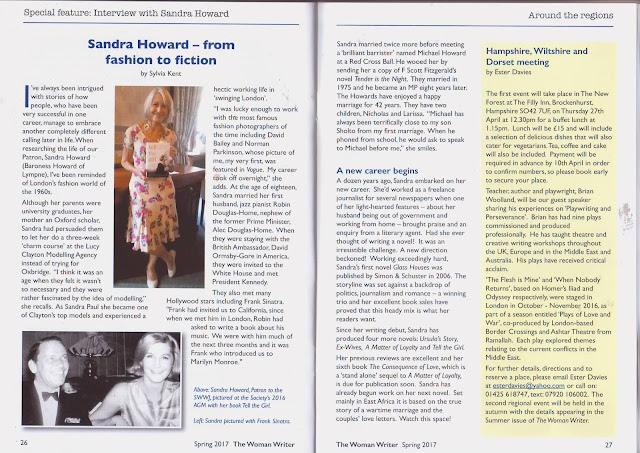 Posted by Sylvia Kent at 9:41 AM No comments:

Friends and family (plus my readers in HOME FARMER) know that I enjoy creating my own wines from fruit and veg grown locally in Essex, England.  Currently picking pounds of strawberries; freezing some for sorbets and flans and others for the fermentation bucket.  Everything is ready, sterilized and off we go.

Do check out current edition of HOME FARMER (June) which is a mine of superb features on everything from keeping chickens, making best use of your allotment bounty and, of course, making a lovely organic wine from your own home-grown fruit (and vegetables). 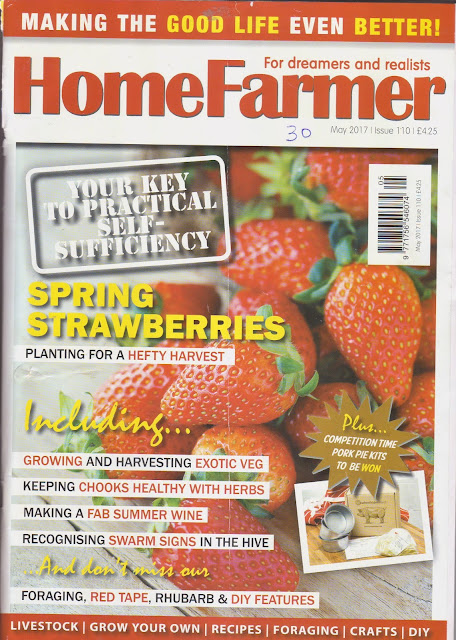 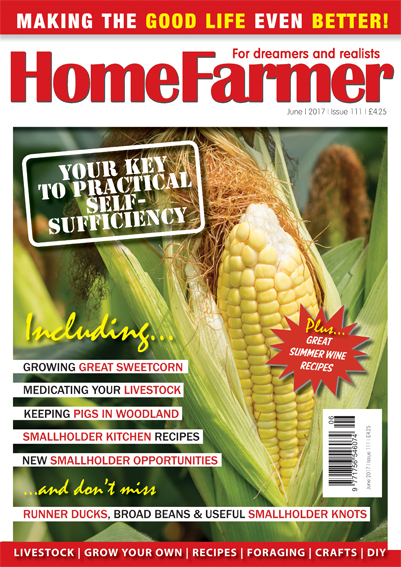 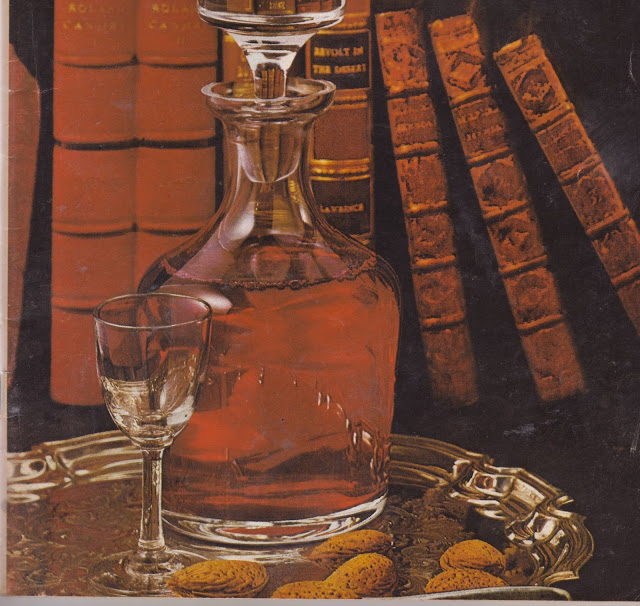 Posted by Sylvia Kent at 3:47 PM No comments: 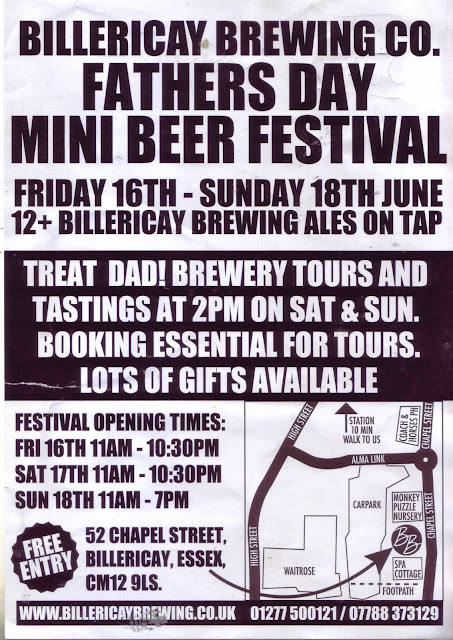 When I am stuck for a prezzie for one of the chaps, a visit to Trevor Jeffery's Beer Shop always solves a problem.  Helpful and knowledgeable about the brewing industry, Trevor and his team are always happy to show customers around their mini brewery. Super atmosphere!

There is a very nice article about Trevor in this month's glossy Essex Life and we learn a little about the maestro and how he left his job as a teacher to learn about the intricacies of making good artisan beers.  And if you look carefully around his shop, on the counter, you may even find one of our books published by the one and only Cater Museum at 74 High Street, Billericay.

We, in the Cater Museum, have a fine collection of books authored by some of our present and past curators. The latest is BILLERICAY'S ZEPPELIN which was published following last year's centenary of the shooting down of the L32 Zeppelin on 24 September 1916.  So do pop into see Trevor at his Billericay Brewing Company at 52 Chapel Street, Billericay CM12 9LS
T: 01277 500121/07788 373129 and maybe even buy one of our books.
Posted by Sylvia Kent at 5:35 PM No comments:

CURRENTLY RESEARCHING SOME OF OUR LOCAL LARGE HISTORIC HOUSES 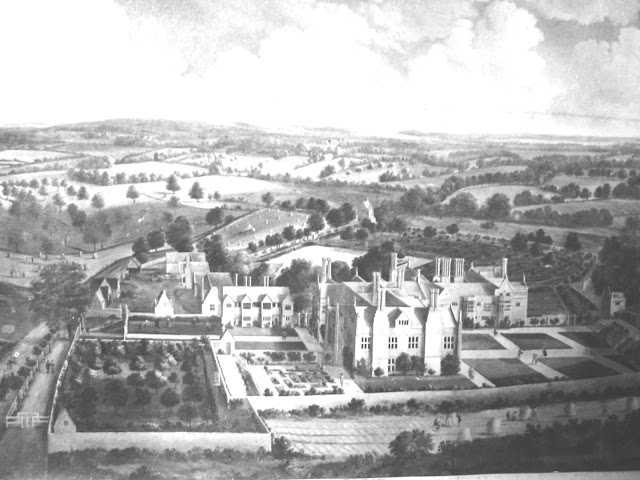 Posted by Sylvia Kent at 2:32 PM No comments:

VOTING PAPERS AT THE READY!

We are all turning out today to place our votes - just as we have done for all general elections.  Look at this photograph taken over fifty years ago in Billericay.

Did you know that little old Billericay in Essex was regularly the first constituency in Britain during the late '50s to return the vital voting figures to Parliament? No longer, however, as this was so long ago, but doubtless our name will crop up in the news much as it has done for every general election ever since. 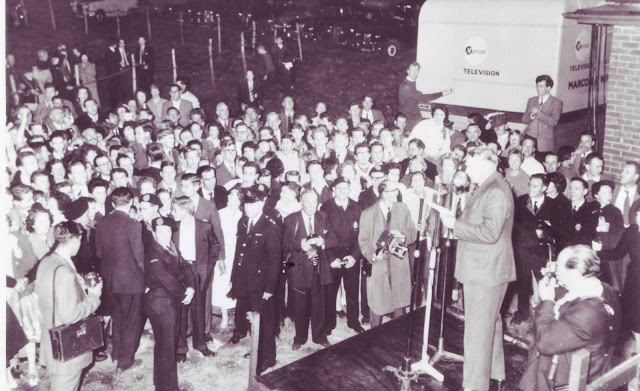 Posted by Sylvia Kent at 6:01 PM No comments: