DENVER IN THE SNOW 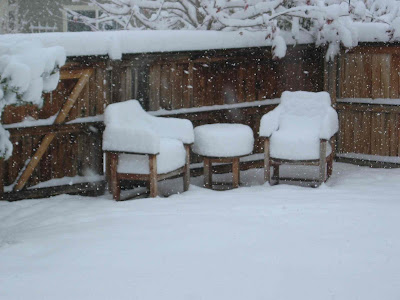 SWWJ members are currently enjoying an 'Indian summer' in Britain. Spring flowers are starting to bud during this mild Essex weather. Let's enjoy it, but spare a thought for Elizabeth Wallace in Denver, USA, who yesterday experienced her first snowfall of winter 6-14 inches!
Posted by Sylvia Kent at 9:37 AM Links to this post

SCRIPT FOR MURDER by Joan Moules 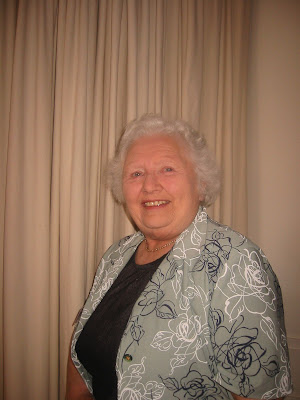 Joan Moules, a long standing member of our Society of Women Writers & Journalists, is one of our most inspirational authors. She's been so successful with every one of her books (more than 20 titles including romance, sagas, non-fiction and journalism). One of Joan's most famous books is the authorised biography of Gracie Fields. Now, of course, she has ventured into crime, a completely new writing genre for her. Her new title is SCRIPT FOR MURDER, a super who-dun-it set in the '50s. (ISBN 9978-0-7090-8808-080 £18.99 published by Robert Hale.) 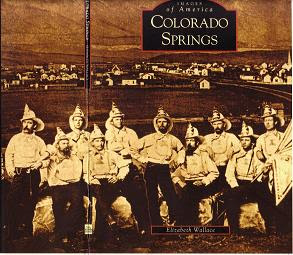 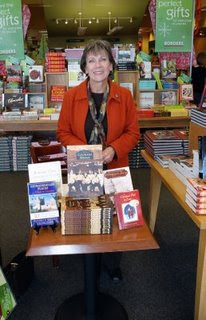 Elzabeth Wallace is back in England on a trip from her home near Denver, US. She has been signing copies of her latest book CHRISTMAS PAST IN ESSEX. Some of her previous titles have been re-published particularly COLORADO SPRINGS which is going great guns in the US. Details www.extraordinaryplaces.co.uk
Posted by Sylvia Kent at 9:47 AM Links to this post 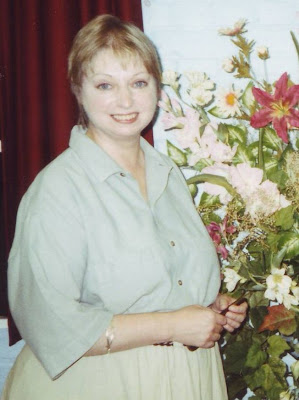 So pleased that one of my favourite authors, Hilary Mantel,CBE has won the Man Booker Prize for 2009 Her novel Wolf Hall, about Henry VIII’s minister Thomas Cromwell, was published in 2009 to huge critical acclaim. Hearing the good news, she said: "I can tell you at this moment I am happily flying through the air". Judges voted three to two in favour of Wolf Hall for the prize, with Mantel being presented with a trophy and a £50,000 cash prize during an evening ceremony at the London Guildhall. The panel of judges, led by the broadcaster James Naughtie, described Wolf Hall as an "extraordinary piece of storytelling". Leading up to award, the book was backed as the favourite by bookmakers and accounted for 45%of all the nominated books' sales. By winning, it subsequently became the first favourite to win the award since 2002.

Hilary is now working on a short non-fiction book called The Woman Who Died of Robespierre, about the Polish playwright Stanislawa Przybyszewska. She writes reviews and essays, mainly for The Guardian, the London Review of Books and the New York Review of Books. I enjoyed meeting Hilary some years ago when she came to Billericay to speak to our Literary Group and gave me an excellent interview for my weekly column. Can't wait to read her new book.
Posted by Sylvia Kent at 10:14 PM Links to this post 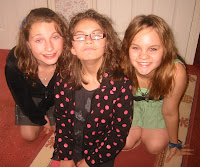 As promised, here are the three musketeers Skye, Amber and Ceri.
Posted by Sylvia Kent at 6:02 PM Links to this post 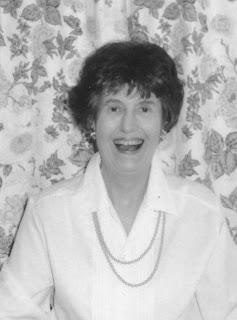 May I introduce Mary Rensten, journalist, playwright and author of TOO STRONG A LIGHT published by Scriptora. Mary is currently a Vice-President of The Society of Women Writers & Journalists and, as Chairman at the time of our centenary in 1994, masterminded that year of celebration. If you live in the Hoddesdon, Hertfordshire area, do pop along to see Mary today and maybe buy a signed copy of her new book which has received excellent reviews.

Too Strong a Light
by Mary Rensten
Books@Hoddesdon
79 High Street,
Hoddesdon
Cuffley journalist and dramatist Mary Rensten
launches launches her career as a novelist. Mary's novel is a ompelling story of the unearthing of a fifty year old secret. Starting in Enfield and Hertford, the novel moves swiftly to Malta in 1995, with flashbacks to the Second World War, War as Mary’s heroine, Jane Thornfield, uncovers the dramatic and startling secret of her family’s connection with the war-torn island.
**********************************************************
“Too Strong a Light has just the right combination of drama, humour,
romance and intrigue to make it perfect reading at home or on holiday.”
TAR Entertainment
“I couldn’t put this down. I couldn’t wait to find out what had happened in Malta
50 years ago.”
Meg Alexander, romantic novelist
“The story sweeps you along and the characters are so real.“
Suzannah Dunn, best-selling historical novelist
Too Strong A Light is published by
Scriptora in association with the SWWJ.
On Sale from 10th October 2009
ISBN 978-0-9562494-0-1 Price: £7.99
Posted by Sylvia Kent at 11:02 AM Links to this post Curiously, the Society of Women Writers and Journalists was founded by a man, was instrumental in bringing together two of the biggest male names in 20th-century musical theatre, and now accepts men as associate members. But it is for the literary achievements and mutually supportive activities of its female members (novelists, poets, journalists and writers of non-fiction, both in the UK and overseas) that it is most celebrated today, 115 years after being established in 1894by the editor/proprietor of The Gentlewoman magazine, Joseph Snell Wood, a man who was also editor of the Daily Graphic.

With members over the years ranging from Marie Stopes and Vera Brittain to Catherine Cookson and Penny Vincenzi, the society has a rich history, but its archivist Sylvia Kent is obviously not helped by fires, flood and wartime bombs having destroyed many of the society’s records and damaged others. “All too often,” she says, “I’ve found that a fine spray of minute fragments of burnt paper has landed on my cream carpet at home and that what remains of the document in my hands is not very useful either.” As a result, she could do with some help in preparing The Woman Writer, her account of the society’s first 115 years, which will also celebrate the centenary of the society’s long-term president, the entertainer and writer Joyce Grenfell.

As this illustrated book is due to be published by History Press in 2010, the help is fairly urgently needed. “If any kind readers of The Times would be willing to search their memories and their attics for photographs or other archive material linked to the society’s history, and let me know if they come up with anything, I would be truly grateful,” says Mrs Kent.

“It would not be the first help that we have had from the Times connection because Phyllis Deakin, who was the first woman journalist on The Times and one of the first women war correspondents, chaired the society in 1955-57.” Another link was The Times’ proprietor and chairman John Walter V (1873-1968), who was the society’s patron for many years.

To get women writers away from their lonely computer keyboards and have them swapping ideas and contact information with their peers, the society runs a programme of workshops, visits to places of literary interest, lunches with big-name guest speakers and a biennial residential weekend conference. Regional events also take place, the largest of them in the North West, and this autumn a new regional group will be launched for writers in Devon and Cornwall.

One vital piece of practical support offered is the society’s remarkable postal critique service, run by members, for members. For a fee of £20, established writers on its panel of critics assess and advise on members’ work — which may be poems, short stories, articles, or the opening chapter and synopsis of a novel or work of non-fiction. Not surprisingly, members’ successes are multiplying. Most recently, the TV rights to member Jennifer Worth’s bestselling non-fiction book Call the Midwife have been bought, for filming next year, by Neal Street Productions, the production company co-founded by Sam Mendes. And Making Jam in July, a poem (translated from the original Russian) by Fay Marshall, one of the society’s postal critique service panellists, was read on Radio 4’s Poetry Please in February.

As for the big musical-theatre names mentioned, these were Tim Rice and Andrew Lloyd Webber. A long-term member of the society, Sir Tim's mother Joan (obituary, July 7) had been impressed by the publisher Desmond Elliott when he gave a talk to members in the mid-1960s, and suggested to her son that Elliott might be interested in publishing his history of pop music. Elliott declined that opportunity, but did put the young Rice in touch with Lloyd Webber, who he knew was looking for a lyricist. So history was made, and now (along with Lady Healey, Lord Quirk and the Earl of Stockton) Sir Tim is a patron of the society that helped to make it.
For further details, visit swwj.co.uk
Posted by Sylvia Kent at 8:16 PM Links to this post 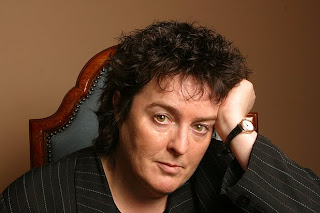 Britain is a poetry nation. Today is our National Poetry Day and the theme is Heroes and Heroines. Poetry celebrates heroes of all sorts from sporting heroes to mums and dads.

Keep your eyes and ears peeled for poetry on the radio, TV or in venues like your local theatre or library. Look at What's On to find an event near you or why not set up an event yourself? Super poetry events all around Essex today, continuing into the weekend.

Our own poetry hero, Poet Laureate Carol Ann Duffy, has written a poem for National Poetry Day which you can send as a free e-card from October 3rd. Celebrate in making October 8th a heroically poetic day!
Posted by Sylvia Kent at 10:57 AM Links to this post 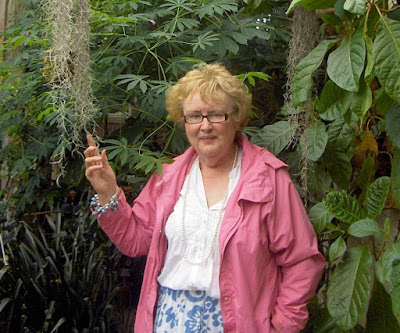 Lots happening in Brightlingsea, Essex at the moment. My friend, Jan Williams is an oral storyteller, the founder of Essex Storytellers and a star in my last book FOLKLORE OF ESSEX. Jan is always working on new, exciting projects. The booklet she wrote linked to the Essex Witch Trials of 1645 was very well received and her children's work has been published by Scholastic.

Jan is presenting her special tutorial skill within a one-day Autumn Course at Number l Hurst Green, Brightlingsea, Essex. This is a wonderful sixteenth century cottage overlooking the picturesque green at Brightlingsea.

Jan's Short Story Writing Course at Hurst Green takes place on Saturday November 7th and runs from 10.00am to 4.00pm with lunch provided. She will encourage participants to produce an adult short story inspired by a garden and she'll help them develop the structure of a story.

Price for the day is £50 and includes refreshments and buffet lunch. For further information do email Jan Janwilltell@aol.com Also check out bed and breakfast enquiries www.hurstgreenbedandbreakfast.co.uk
Posted by Sylvia Kent at 7:53 PM Links to this post 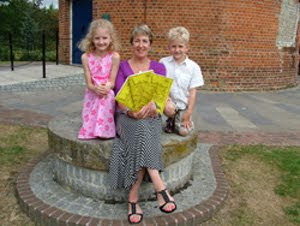 Here is a great new book, this time for children from THE ESSEX HUNDRED.

ESSEX HUNDRED - COLOURING AND ACTIVITY BOOK
The Colouring and Activity Book is the latest addition to the Essex Hundred family. The text has been written by Glenis Summers with the help of Kate and Tom Fewings from Rayleigh. The county of Essex is rich in history and the resulting book is relevant to KS2 local history work. It is just the thing to stimulate young enquiring minds. Magna Carta, Anne Boleyn, jam making at Tiptree and The Mulberry in the River Thames are just some of the topics covered. As usual the book is illustrated with superb line drawings from Elizabeth Summers.


THE ESSEX HUNDRED COLOURING and ACTIVITY BOOK
(approved by children)
Written, designed and printed in Essex