WITH PERMISSION OF LONDON ESSENCE

IAN DURY AND THE BLOCKHEADS
Ian Dury was a man of many parts. Rock and Roll singer, poet, eclectic songwriter, bandleader, fundraiser and actor, he became a household name from the late 1970s following Punk and as New Wave rock reigned supreme in the UK charts.

Dury often portrayed himself as an Essex cockney wide boy, although he was born into a middle-class Harrow home in 1942. At seven, he contracted polio and when adult, he identified with his hero, Gene Vincent, who also had a leg disability. Leaving the Royal Grammar School, High Wycombe at 16 to study at Walthamstow Art College, Dury won a place in 1964 at the Royal College of Art. His tutor was the celebrated British artist Peter Blake. In 1967, Dury himself began teaching at various colleges.

Dury married his first wife Betty Rathmell in 1967 and they had two children, Jemima and Baxter, who is now a recording artist. The Durys divorced in 1985 but remained on good terms. Betty died of cancer in 1994.

In 1977 he formed Ian Dury and the Blockheads to promote his album ‘New Boots and Panties’ on the first Stiff Record Record tour of the UK. They enjoyed many hit singles but Hit Me With Your Rhythm Stick released in 1979, sold almost a million copies.

In 2000, Dury died from cancer. Although the Blockheads had disbanded in 1981, they reformed and still tour today. Dury’s name lives on in the 1979 hit “Sex and Drugs and Rock and Roll”, a phrase attributed to Dury and his magical musical touch.
Posted by Sylvia Kent at 3:43 PM 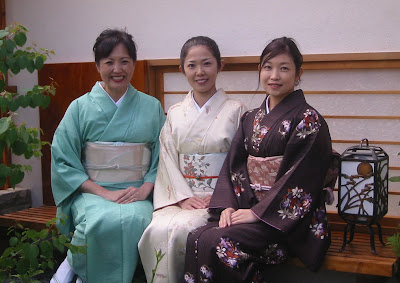 There is rarely a topic unvisited by freelance writers. Here are some Japanese friends who prepared some wonderful varieties of tea from Tokyo. A trio of experts, they served green tea - we enjoyed a superb day in London.
Posted by Sylvia Kent at 9:26 PM 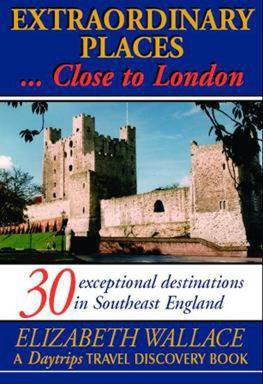 I just love Elizabeth Wallace's brilliant book which is a firm favourite with British readers as well as American tourists. Liz lives in Denver, Colorado and regularly visits her home town in Essex for book signings and appearances on radio. Details of purchase can be found on Liz's link on the left hand side.
Posted by Sylvia Kent at 10:16 PM

OUT AND ABOUT WITH CAMERA 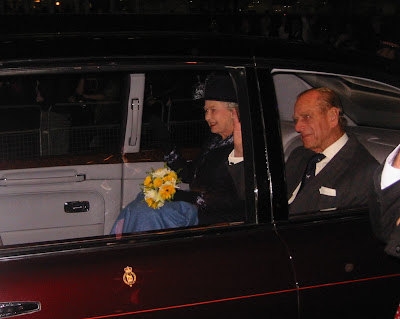 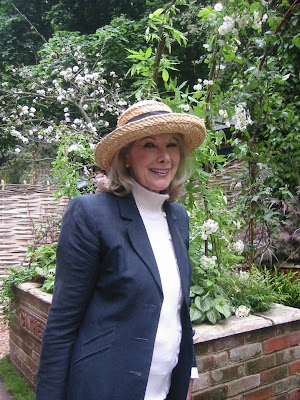 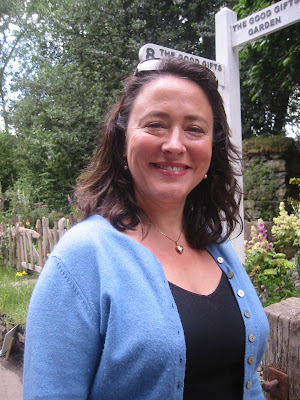 'Always carry a camera' was the suggestion of one of our recent speakers. This useful piece of advice helped me catch a happy snap of the Queen and Prince Philip while on a recent trip to London. Same day found Susan Hampshire and Arabella Weir.
Posted by Sylvia Kent at 10:08 PM 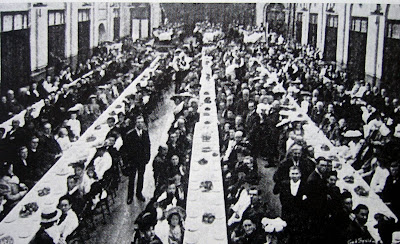 PECULIARLY ESSEX The novelist, Bernard Cornwell (of Sharpe fame) and the late Doris Phillips had something in common. They were both brought up in a Peculiar People’s family - a strict religious sect that flourished within 40 Essex chapels for more than 100 years. The Peculiar People appointed Bishops and Elders and was founded in Rochford in 1838 by a charismatic working-class man, James Banyard. The word ‘peculiar’ originally meant ‘special’ in the Biblical sense and there are several references in the Old Testament.

Doris remembered: “Being a child in the Peculiar People’s church was normal to us. Life was strict and there were many rules such as not being treated by doctors but Elders using herbs and fervent prayers. Immunisation was forbidden and blood transfusions were not allowed. But there were also lovely memories. Just the mention of Chelmsford brought such excitement. My father had been an Elder of the Peculiar People’s church near Chelmsford, but we often visited other PP chapels around the county, walking for miles with cooked food in the bottom of the family pram alongside the babies. Sunday was a long day with three services and people brought their own food.

“The Chelmsford Harvest Festival held annually at the Corn Exchange in Tindal Square was an important date on our calendar – more so than Christmas. We would dress in our best Sunday clothes, although these were plain, usually black and white, no colours allowed except for a flower on our bonnets. PPs were easily recognised in Chelmsford’s streets as hundreds of our “sisters” with their tight black bonnets and the “brothers” with dark suits, bowler hats, clean-shaven faces and highly polished black boots, converged in the town centre. Chelmsford was besieged by PPs as the county town was felt to be the Essex heartland. Everyone either walked or hired carts and, much later, brakes. Special trains often brought people from Suffolk, Norfolk and London.”

Doris remembered hundreds packing into the old London Road Congregational Church, for morning and afternoon services, followed by a wonderful tea in the Corn Exchange (demolished in 1969), then a massed open-air gathering in Market Square. Eloquent preachers usually attended and the singing – without any musical accompaniment, but with loud clapping and stamping - was inspiring, often attracting converts to the Peculiars.”

The Peculiar People chapels flourished until World War II and the by-then declining membership was absorbed into the Union of Evangelical Churches in 1956. The last proper Peculiar People’s Chapel at Tillingham closed its door in spring 2008 and with it, 170 years of Peculiar worship came to an end
Posted by Sylvia Kent at 1:51 PM 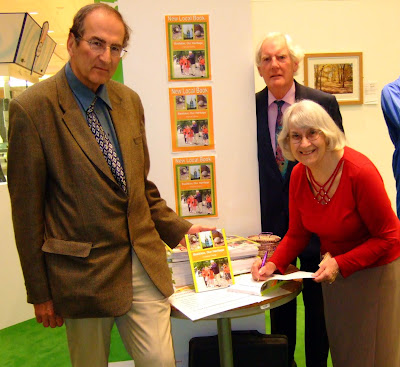 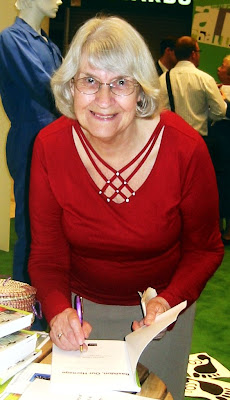 Authors will tell you how great is the feeling - after months, maybe years of - hard work on their manuscripts, to see their latest creation in the bookshop. The Story Teller in Billericay High Street has just placed BASILDON, OUR HERITAGE written by my lovely friend, Frances Clamp, into their front window and already sales are climbing. This book can also be found in Waterstone's and other good book shops around Essex. Here we see Frances, Vin Harrop, Chairman of the Foundation for Essex Arts, Bob Fisher who was responsible for some superb photographs, and other folk who attended the launch at Eastgate Centre in Basildon a fortnight ago.
Posted by Sylvia Kent at 1:26 PM 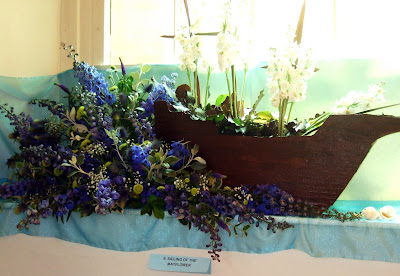 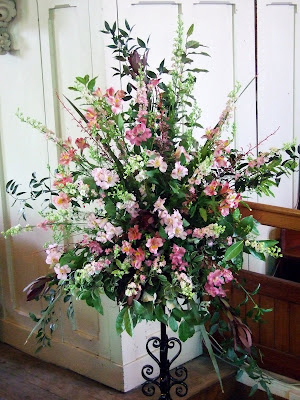 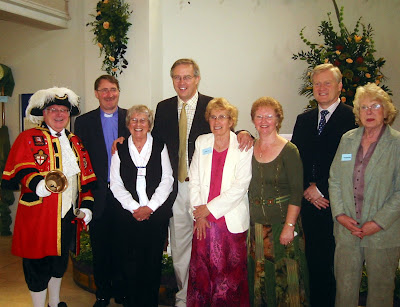 After months of preparation, the Flower Festival is taking place at St Mary's Magdalen's Church in Billericay High Street. Ends tomorrow. Linda Gilbey and Janet Lee co-ordinated the planning of some of the best flower arrangers in the area. John Baron, Member of Parliament for Billericay came along to the opening service on Friday and Andrew Dyckhoff, chairman of Churches Together in Billericay posed with Janet, Linda, new Chairman of the Council, Peter Bowditch and, of course, our town crier, Jim Shrubb. A warm welcome was given to the Reverend Paul Carr, Billericay's new Team Rector.
Posted by Sylvia Kent at 5:08 PM 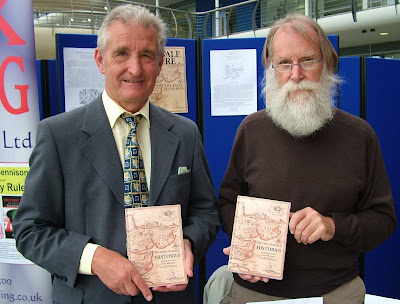 Two Essex writers Andrew Summers and John Debenham are in the limelight once again. Andrew began writing many years ago plaguing the press, the local council, his MP and anyone else he felt were deserving of sharing his opinion. Two and half years ago The Essex Hundred project was born after a poem about Hadleigh Castle was published by the Southend Poetry Society. At the outset Andrew teamed up with John Debenham who combines a study of history with a fascination for the spoken word. His interest in writing poetry and short stories, with longer works in perpetual progress, meant that this project was irresistible. So far we have a Poetry Book, a Colouring book and a new title The Essex Hundred - Histories about to roll of the press.


The Essex Hundred
From the Romans - to Nuclear power - to the Space Shuttle. How and why has Essex played such a pivotal role in the development of British History? Some interesting facts and unusual events make up the remarkable history of Essex.
Posted by Sylvia Kent at 9:16 PM 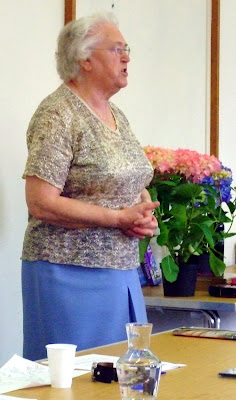 Congratulations for a superbly organised writers' day goes to Ena Love and her committee.
Posted by Sylvia Kent at 6:51 PM 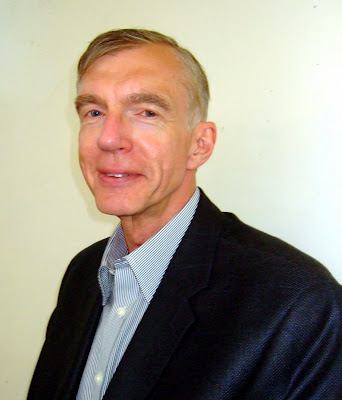 Most people you meet these days tell you they could write a book "if only they had the time" - well, members of our local writing circle have actually done this and very well too, with resulting excellent book sales. Today we held not only our annual writing day with one of the best writers in the business - Jurgen Wolff as guest speaker - but a gathering of the Essex Regional section of the SWWJ. Jurgen is a new member of SWWJ so it was great to welcome him and Sheridan to our super venue right in the heart of Brentwood.
Posted by Sylvia Kent at 6:40 PM 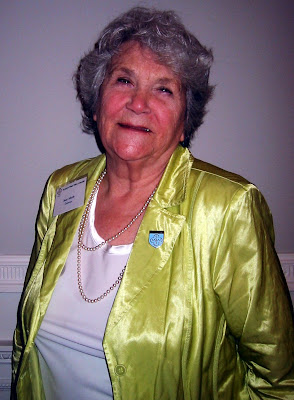 Action-packed AGM at the Royal Institution in London yesterday. Introduction of our new chairman, Jean Morris. Enjoyed four excellent plays written and directed by the Drama section of SWWJ in the theatre at the RI (professional actors' performances were superb), followed by the Symposium during the evening.
Posted by Sylvia Kent at 10:27 AM 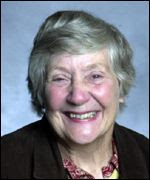 Great gathering of SWWJ members on Thursday 5 June at the Royal Institution in London. Our AGM starts at noon followed by lunch, book exhibition and presentations to 2008 competition winners. Drama and tea before welcoming drinks and the start of the Dr Joyce Morris Symposium at 6.30pm. Our speakers will be The Rt Hon Professor Shirley Williams, Barbara Large and Professors Bernard Lamb and Christopher Mulvey discussing GOOD ENGLISH MATTERS. To book tickets phone SWWJ Secretary 0207 351 6377
Posted by Sylvia Kent at 10:13 AM