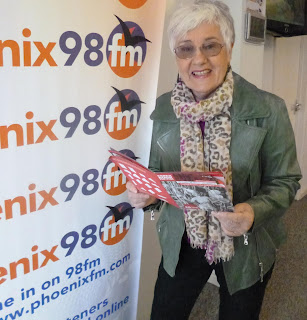 Our 20th anniversary is approaching for the annual ESSEX BOOK FESTIVAL, which every March is a fabulous bonanza GATHERING around libraries and meeting venues around our county. With more than 130 events taking place in 45 venues among 250 writers & artists, this is sure to please those who love to read (and write)!

Traditionally, each February, Michelle Ward, presenter at Phoenix 98fm, invites members of the EBF organising team into her studio to chat about why, what and who are making their journey to appear here, there and everywhere around our county. What a treat is in store for you!

Uncharted Waters is this year's theme and, as 2019 marks the 80th anniversary of Arthur Ransome's Secret Water, we will be welcoming three esteemed experts who will discuss Ransome's life, books and legacy.  So, let's take off to Harwich and Southend and the dozens of great venues, (twenty four of them libraries). Keep in mind, that we must use our libraries - or lose them!

So, yesterday, the EBF was the theme for our February BOOK CLUB at Brentwood Phoenix 98fm studio, and we had the pleasure of meeting, once again, Seona Ford, Chair of EBF to outline some of the programmes planned throughout March.

Friday 1 March is the launch at Essex University site at Wivenhoe Park, Colchester. Lord Bragg will be appearing at The Forum, Elmer Square, Southend on 28 March 7.00pm and here he and I are at one of the earliest EBF events. Tickets selling out quickly. 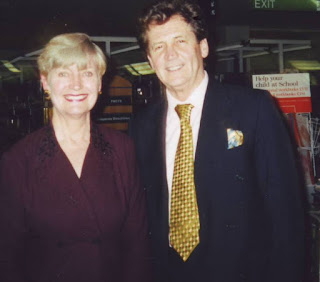 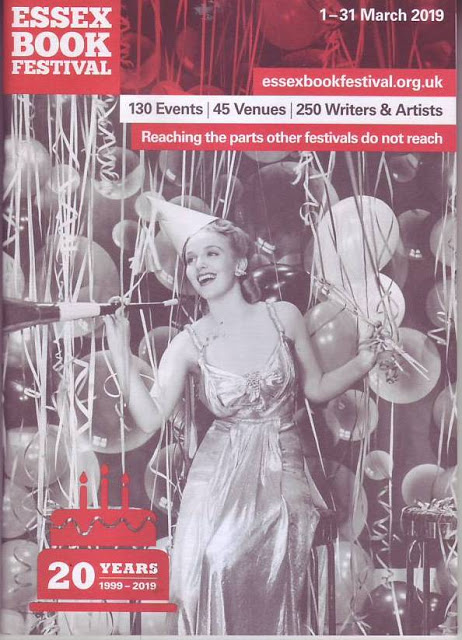 Our Essex-based No 1 Sunday Times best-selling author Sarah Perry will be there to talk about her new book Melmoth. We still remember Sarah's huge success with The Essex Serpent and now is our chance to learn about her  latest masterpiece.

How to book your ticket? Most bookings can be made through the Mercury Theatre Box Office online or at essexbookfestival.org.uk and there are some tickets available.  Open Monday-Saturday 10.00am-8.00pm

See you there!
Posted by Sylvia Kent at 11:43 AM No comments: 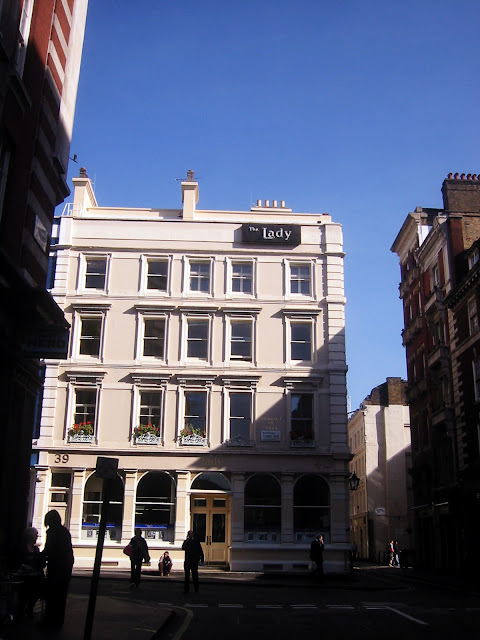 Current news about the sale of the building in Bedford Street, Covent Garden, home of The Lady Magazine, reminds me of the time I was invited to visit while researching into this leading journal which dates back to 1885. We, as the international Society of Women Journalists (we changed our name in 1951 adding 'women') was founded in 1894 and have always had a strong connection.

My own connection was that when I started writing professionally in the early 1990s, The Lady published some of my own articles which led to other work before I became a published book author. So, of course, I have a a soft spot for this magazine.

The staff members of The Lady magazine were like no other. Many of them had spent a lifetime working in the building which was remarkably untidy. Unsophisticated they may have been, but I loved the friendly atmosphere of their offices.

During my investigations at the start of one of my books The Woman Writer I knew I had to include at least a chapter devoted to The Lady, as I discovered that many of the pioneers of our own Society had also had work accepted by their first editor Nora Heald.  She was followed by Rita Shell in 1895.  It was Rita, one of our eventual Vice-Presidents who set up social projects for women, including championing many worthwhile causes such as encouraging women to stand for election to their local Board of Guardians and improving conditions for female hospital nursing staff. Her weekly salary was £7 and this mother of four boys continued as editor until 1925. An amazing woman.

Another super lady who took over the editor's chair was the late Arline Usden and she, too, did much for this great little magazine. 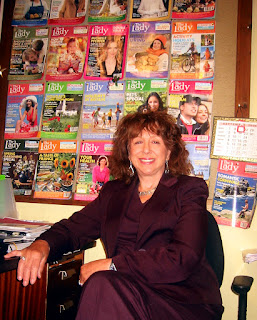 So much has happened in the annals of The Lady magazine which is still owned and run by the Bowles family. By 1959 it was in the hands of Tom Bowles, grandson of the founder Thomas Gibson Bowles, where it remained until 2008, when Tom handed it over to his nephew Ben Budworth. Ben believed passionately that The Lady could still be relevant for today's woman, and he started the huge changes that have now occurred at Covent Garden.  In 2009 Rachel Johnson was hired as the magazine's ninth editor and they celebrated The Lady's 125th anniversary in Feb 2010. Things are about to change yet again, so watch this space. 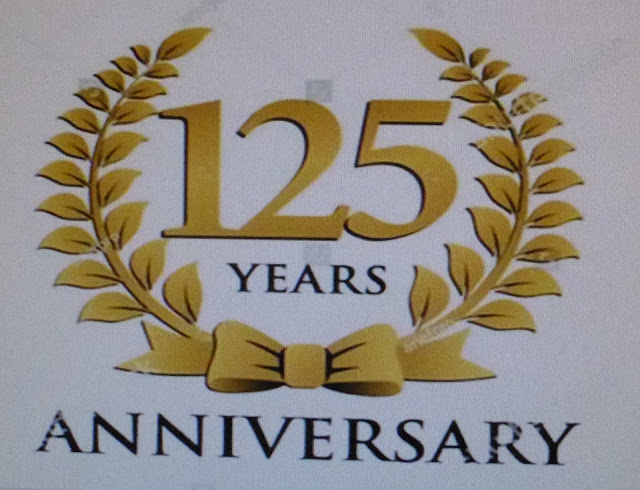 In the meantime, our own organisation, the SWWJ will be celebrating its 125th birthday on Thursday May 2 at Stationers' Hall, London and we will be welcoming lots of writers, poets, entertainers and anyone with a link to our fascinating craft.  Check us out at www.swwj.co.uk and @swwj  #swwj  and book your place.
Posted by Sylvia Kent at 10:16 PM No comments:

Not long to go now - hope you are all ready for those red roses and Valentine Day cards?  This year, I was in good time to write my article for one of my favourite glossy magazines.   I chose the theme of "love" and how, if nurtured, will last a lifetime.  Here we are with page one of my feature which appears in this month's ESSEX LIFE MAGAZINE, published by Archant, a great journal to which I have contributed since the early 1990s.  Hope you enjoy my little piece of naval history! 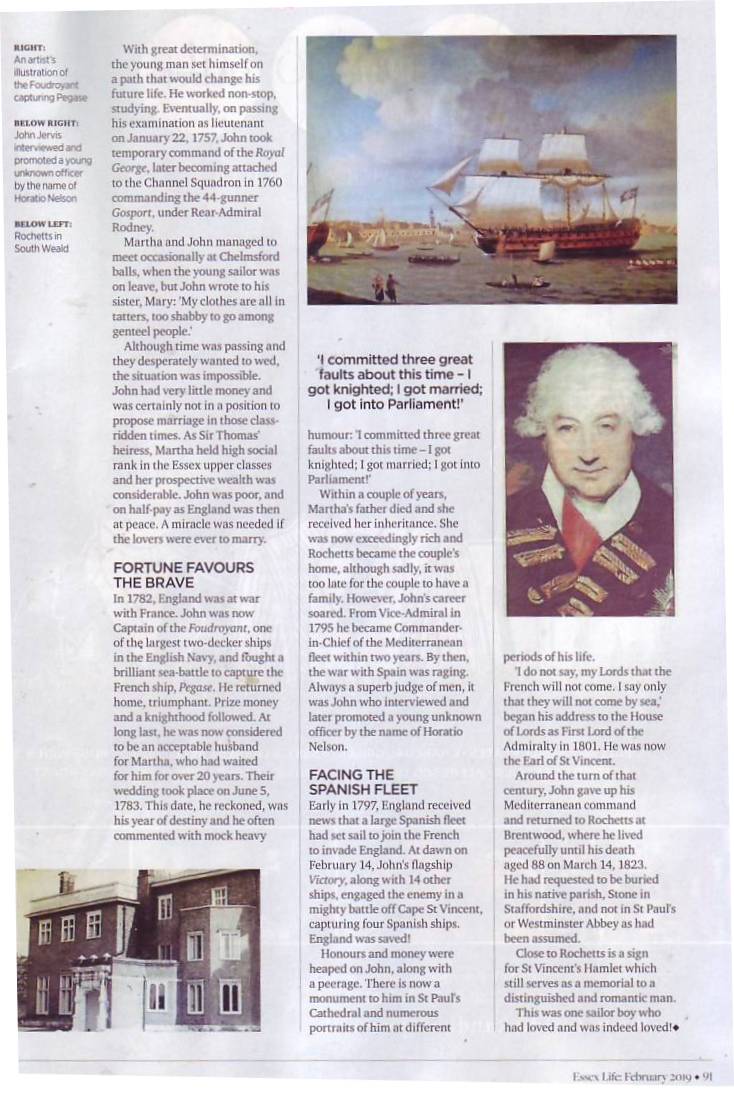 Posted by Sylvia Kent at 8:32 PM No comments: 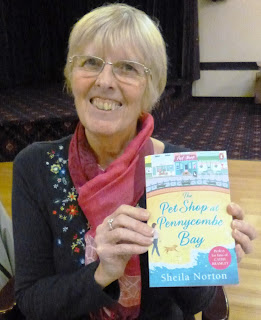 Could it really be fourteen years since Sheila Norton paid a visit to our Writers' Circle in Brentwood, Essex?  This award-winning author has certainly been busy in the intervening years and I can honestly say, she hasn't changed a bit since 2004.  Sheila gave her audience this afternoon a fascinating talk about her start as a rookie writer and the value of entering (and winning) a couple of competitions which certainly helped her journey into this strange world of writing that so many of my colleagues enjoy. Her first eight books have been so successful and her later change in direction even more so. Next week her nineteenth book The Pet Shop at Pennycombe Bay will be published by Ebury Press, so we we all have a chance to see what Sheila has in store for us.

We are a family who love cats and Sheila's latest theme using these feline characters to tell their tales, is certainly going to be a winner. Her books have been translated into many different languages and her success goes from strength to strength. Well, why not see for yourself and log into her website www.sheilanorton.com and browse through some of her latest titles? She offers readers  her quarterly newsletter and we can even hear some of her stories via audio books including 'The Vets at Hope Green' and 'The Pets at Primrose Cottage'. libraries.
Posted by Sylvia Kent at 7:15 PM No comments:

WENDY COPE - MY FAVOURITE POET IN A SERENDIPITOUS MOMENT!

The emotional range of the poet Wendy Cope has always impressed me from villanelle to haiku, yep, we writers have all have a go at both - I'm not terribly good - but Wendy's work is so very clever and her output is amazing. 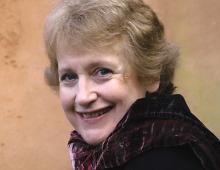 In our history of the Society of Women Writers and Journalists - soon to celebrate the 125 years since being founded in Victorian times (by a man - no less!) - we are proud of the wonderful poets who were members - among every other genre of writing that you can think of. At least one of our members, Alice Meynell, almost became Poet Laureate in 1913, but that was a difficult time politically, for women, as your historical knowledge on suffragettes will reveal.

Right this minute, on Friday 1 February, Wendy is being interviewed on BBC Radio 4's  Desert Island Discs by Lauren Lavern. Do a 'catch up' and listen to one of the best poets in this country today. Better still, read her work published by Faber & Faber. 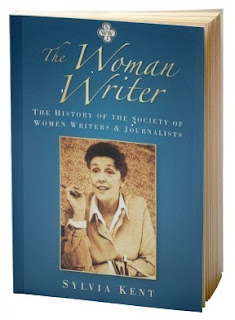 In my history of the SWWJ, I devote a chapter to the success of our poets, and you will recognise some of the most celebrated names in international literary history.

There is plenty more to read about our members from the time we began this Society on 1 May 1894 and I am delighted that many of our leading academics continually make contact with us on www.swwj.co.uk when they are composing their own work.

Oh, what a joy to bump into Wendy and two other superb poets, John Agard and Fleur Adcock relaxing over a drink at our ALCS party in Westminster - an exciting and entertaining trio! Wasn't I lucky?

Posted by Sylvia Kent at 9:30 AM No comments: