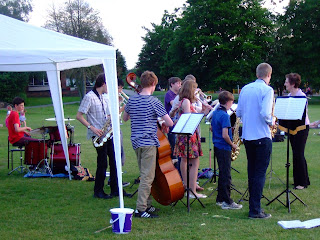 Posted by Sylvia Kent at 10:52 PM No comments: Links to this post

Lovely to meet talented broadcast journalist Thomas Magill once again.  A year ago the occasion was a special outside broadcast on a hot June afternoon and we were celebrating the Queen's Jubilee. But today we were safely tucked away in the BBC Essex studio in Chelmsford for a new afternoon programme.

Thomas is looking at the Arts in Essex and we sure have a goodly share of music, theatre, creative art  and - very importantly - writing and literature. In the upcoming programmes, Thomas will be inviting some of Essex's best in the world of art and entertainment and, of course, our county's cream of writers, poets and playwrights.
Watch this space! 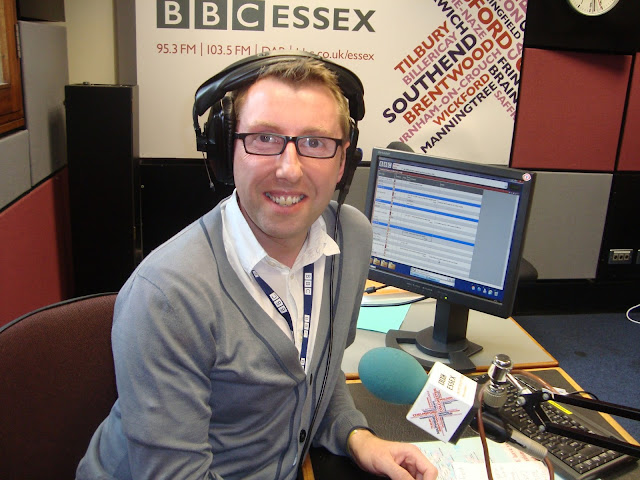 Posted by Sylvia Kent at 7:05 PM No comments: Links to this post

So interesting to seek people's memories in connection with their favourite stores and buildings.  Rarely meet anyone who refuses to give their time with a recollection or two, though some  don't like to pose for my camera. Some super stories coming up for the Gazette this summer.   A few calls this morning following publication of my feature in the Brentwood Gazette this week on the topic of Sainsbury's store arriving in the town in 1924.
Posted by Sylvia Kent at 4:41 PM No comments: Links to this post

JAZZ IN THE PARK ON SATURDAY 29 JUNE - LAKE MEADOWS

Come and support local talent on Saturday 29 June from 5.30pm. Singers, guitarists, The Billericay School & Mayflower High Street Jazz Bands and so much more including Scott Gobeille on guitar, Chris Harrington with Nimrod on sax, Danielle Bird, our super singer who will be accompanied by Dave Cooke and the whole compered evening by Harry Carnaby.  There will be more singers and musicians. Do bring a picnic and wish for good weather. 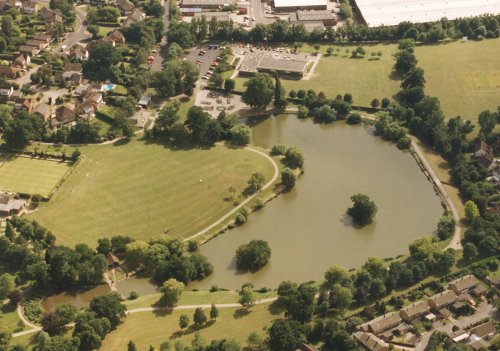 Posted by Sylvia Kent at 11:03 PM No comments: Links to this post

Looking forward to Saturday 29 June 9.30am-4.30pm when we are visiting Anglia Ruskin University in Chelmsford - Lord Ashcroft Building to enjoy listening to the Oxygen Book's city-pick team talk about some of their fabulous books set in Paris, Berlin, Amsterdam, Venice and Istanbul. Later in the morning we will hear Kate Mosse, author of the Languedoc Trilogy, featuring Labyrinth, Sepulchre and Citadel - wonderfully best-selling titles. Check her out at www.katemosse.co.uk.

Workshops will follow around 11.30 and after lunch, we'll meet other bestselling novelists and publishers, followed by that fascinating writer and Venetian resident, Michelle Lovric, author of Carnevale, The Floating Book, The Remedy and the Book of Human Skin.  She also writes for younger readers, setting her novels in historic Venice. See more at www.michellelovric.

Towards the end of the day, we'll hear from Ann Morgan who set herself the task of reading one book from every one of the world's 196 countries.  She will tell us about the joys and surprising discoveries she had made.  What a project!!!  Tickets £15 (£12 concs) 01206 573948   or on line   http://www.essexbookfestival.org.uk   SEE YOU THERE


Posted by Sylvia Kent at 10:17 PM No comments: Links to this post 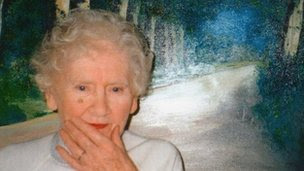 As a council member of the Society of Women Writers and Journalists (and their archivist), I'm in touch with hundreds of writers around the world.  Sometimes I hear them use the excuse of 'age', which they say stops their inspiration.  This morning, I heard a BBC Radio 4 clip about Ida Pollock, one of our oldest living writers of romantic fiction.  She has two new novels coming onto the booklists soon. Ida from Cornwall, has written 123 books, many of them for Mills & Boon and turned 105 in April this year.

The Romantic Novelists' Association recently awarded its oldest member the title of honorary vice-president. Mrs Pollock said modern romantic novels were "quite different today, I don't suppose I'd recognise them."

The RNA announced recently that  Mrs Pollock's agent was hoping the two titles would be published "in the not too distant future".  The author was born in 1908 and began writing short stories after inheriting a love of reading from her mother. She told BBC Radio Cornwall: "When I was 15 my mother provided me with reading material and I got to love the books. Then I thought I'd write myself and she bought me a typewriter and I began writing novels. Writing was the thing I loved, long before I had any romance. It was an instinctive part of life." 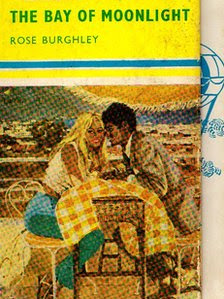 The cover of Ida's 1968 novel the Bay of Moonlight

Her first novel "Coloured Palanquins and Coloured Lanterns", set in China, was published in the mid 1930s under the name Joan Allen. She said she could still remember the first line of the novel: "The towers of Ravenshawk soared up towards the sky..."But Mrs Pollock said her family were not supportive of her chosen career.

"I don't think they understood me at all, why should I be thinking about things like that when I could be leading an ordinary life?" she said.

Mrs Pollock went on to write 123 novels under 11 different names, including Anita Charles, Averil Ives and Marguerite Bell. A prolific author, at one time publishing 40 books in just five years, she said publishers were keen for her novels to have plots involving "a rather hard-up young woman and a rich overlord." Of her work for Mills and Boon she said: "I was their main writer, I wrote for them for years." Mrs Pollock was one of the founding members of the Romantic Novelists' Association in 1960.

Annie Ashurst, the current chairman, said: "A writing career is a career for life, as Ida has proved. "She has lived for her writing and we are all very proud of her and are very much looking forward to reading the next two [novels]."

Mrs Pollock said she had not had much time for reading in recent years but she still loved writing. "It has been my obsession," she added.
Posted by Sylvia Kent at 3:48 PM No comments: Links to this post