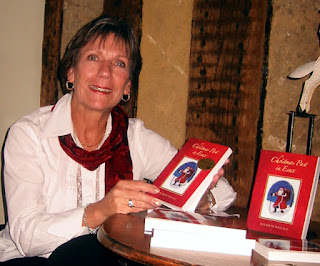 It was wonderful to meet up with Liz Wallace, author of seven books, who lives in Denver, Colorado and was a guest speaker on radio presenter Michelle Ward's June Book Club programme this week via Phoenix98fm.

Liz was delighted to catch up with Michelle and outline some of her more  recent creative pastimes, including writing assignments and radio appearances in the US. Liz has been a regular guest over the last six years and it was good to catch up with events and successes in her busy life. 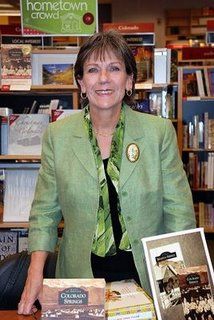 Although changes took place this year with our annual Essex Book Festival moving from the month of March to June this year, readers and followers of the Festival turned up at Billericay Library on Tuesday 28 June to meet and listen to crime novelist Mark Billingham.  And he was certainly worth waiting for with a sparkling, funny talk and presentation of his new title The Murder Book. 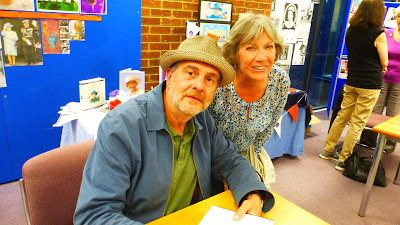 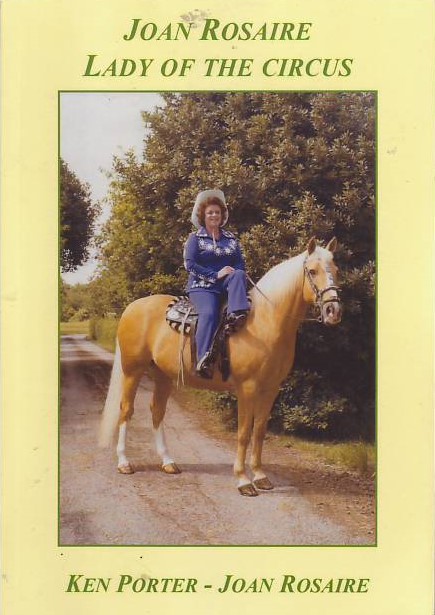 Today is a very sad day when learning of the death of our lovely friend, Joan Rosaire who had lived in this town for more than seventy years.  Although, I initially met her more than twenty years ago when she agreed to be interviewed for one of my local history books, we remained friends since that time.  Some while back, she asked me to write her memoir of her life devoted to her famous career in the Rosaire Circus, particularly her professional days in Paris.

The author Ken Porter took on the task of research, writing and publishing her book entitled

Not only do we learn of the early background of the Circus Rosaire and its travels around the UK before World War ll, but also Joan's personal fascinating life story, set in Billericay and London's famous theatres where she and her famous horse Goldy performed before Her Majesty Queen Elizabeth and the royal family.  We also learn of the origins of the British circus, the famous celebrities Joan met during her exciting world of work and are treated to images of Joan's family and their link to the then King Peter of Yugoslavia and the many famous people she performed alongside.

Ken Porter also collected numerous photographs to illustrate Joan's biography and both were kind enough to appear on several of our radio programmes, particularly Michelle Ward's Book Club on Phoenix 98FM. Joan will be sorely missed by all her friends, but particularly from the circus world in which she played such an important part.

Posted by Sylvia Kent at 7:08 PM No comments: 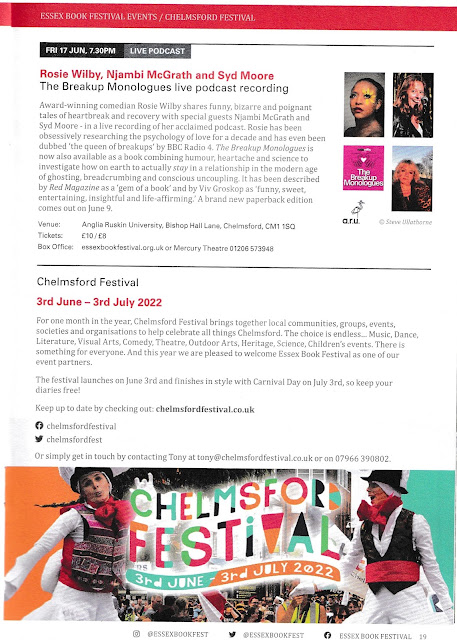 Posted by Sylvia Kent at 2:25 PM No comments:

ADVICE TO CAT LOVERS AROUND THE WORLD. THANK YOU JENNI ELLIOTT - GREAT FEATURE. 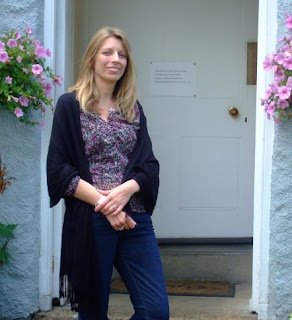 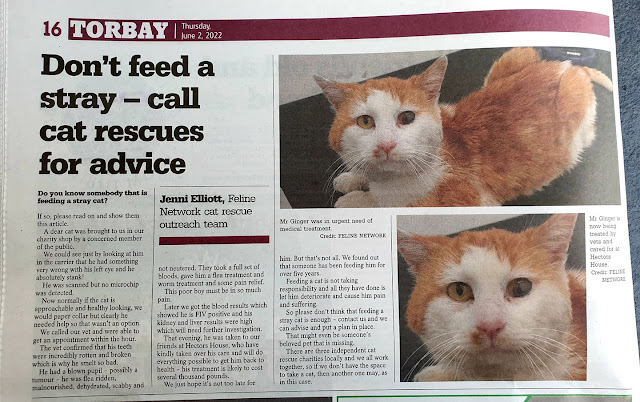 Posted by Sylvia Kent at 1:47 PM No comments:

OUR JUBILEE IS ALREADY A LOVELY MEMORY. WITH THANKS TO OUR ANONYMOUS ARTISTIC FRIEND (AND MICHAEL BOND) 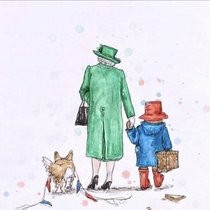 Posted by Sylvia Kent at 4:19 PM No comments: 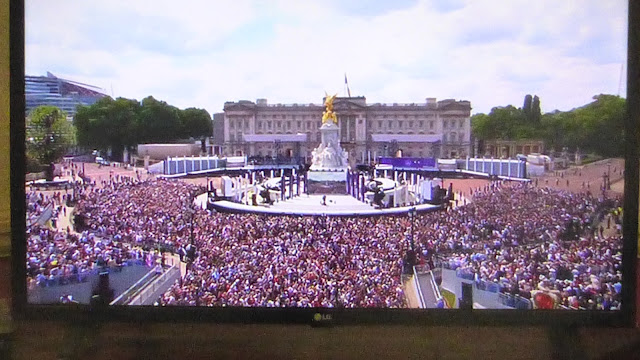 Celebrating 70 years of Her Majesty The Queen's reign 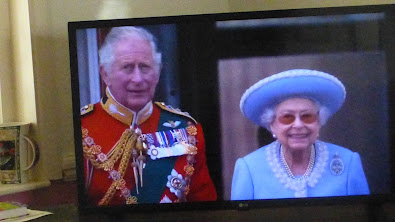 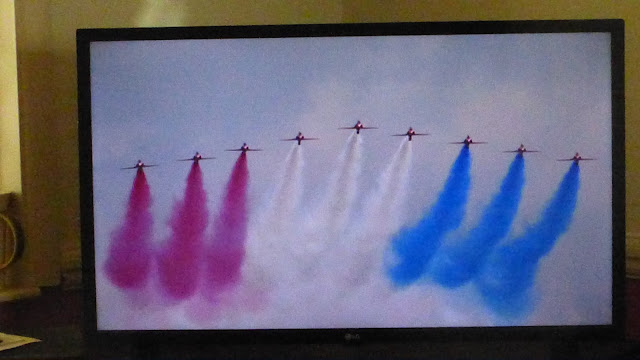 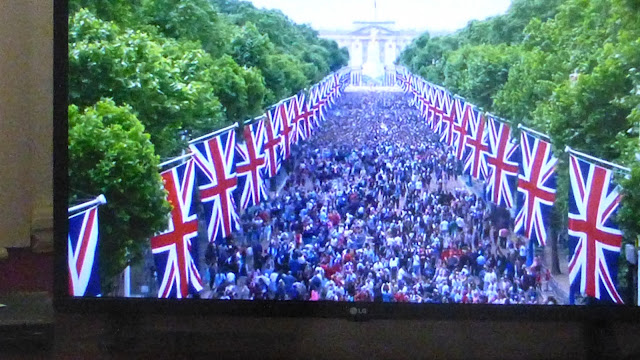 Posted by Sylvia Kent at 1:45 PM No comments: 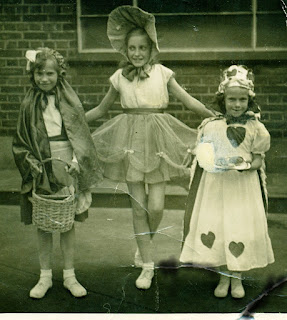 This special week is going to be remembered for a long time by many of us around the world.  On Saturday last, some of the members of our Billericay Archive Group celebrated the upcoming  Platinum Jubilee by remembering earlier celebrations through photo boards. 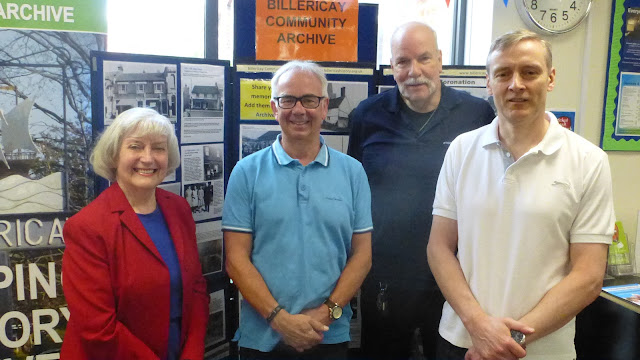 Good to meet some of our local Billericay Councillors, too.
Lovely to welcome new and long-standing residents who came into the library to meet us and give their own jubilee stories.

Posted by Sylvia Kent at 9:04 AM No comments:

Sylvia Kent
F/L author/columnist. Latest traditionally published book BRENTWOOD IN 50 BUILDINGS is on Amazon & bookshops. Work is published in national, regional & on-line. Following Freelance Writer of the Year award (Writing Magazine) my work has appeared in 75 titles and my FOLKLORE OF ESSEX contributed to Channel 5’s film COUNTY SECRETS. THE WOMAN WRITER was published by the History Press. This book outlines the history of the SWWJ’s 1894 foundation and includes our pioneering members in journalism, literature & poetry. Joyce Grenfell, former SWWJ President enjoys a special chapter. My books were reviewed in The Times and other dailies. As SWWJ’s archivist. I'm immersed in new historical research, contributing to on-line press, see my downloadable Kindle books. Also Facebook,Twitter & Amazon @sylviaakent & film/audio clips added. BARKING & DAGENHAM FROM OLD PHOTOGRAPHS and BRENTWOOD IN 50 BUILDINGS. I won SWWJ scholarship and became a Fellow of the SWWJ and won the John Walter Silver Salver two years running. I now have the honour of being president of Brentwood Writers Circle, broadcasting on PhoenixFM, BBC Essex & other radio stations. Page views 449,000