A few days ago, myself and some of our Carry On filmfans mourned the loss at the funeral of one of our favorite actors, Barbara Windsor, who brightened up our silver screens over many decades.  Years ago,  I had the privilege of meeting Barbara at the TV studio canteen and she was as chatty as myself, but much, much funnier! 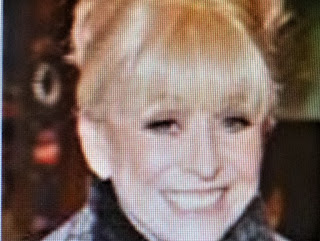 Nobody can make low budget comedy films like the British. The Carry On series was a humorous mixture of clever filming using double- meanings,  pure slapstick and farce – all rolled up in cheaply-made movies. From 1958 until the early ‘90s, thirty one films were released, first in Britain and then worldwide. Christmas Specials, TV series, West End stage plays and provincial touring followed.

Producer Peter Rogers and director Gerald Thomas recognised a winning recipe when they chose their cast.The series began with Carry on Sergeant in 1958 which featured a National Service mob of raw recruits being trained to become soldiers.

The Carry On actors included Sid James, Kenneth Williams, Joan Sims, Hattie Jacques, Barbara Windsor, Peter Butterworth, Bernard Bresslaw, Terry Scott and June Whitfield, among many others.  All the films were made at Pinewood Studios and the same film crew were employed in the majority of productions.

One of the most repeated film clips in tele-visual history is surely from the 1969-produced Carry On Camping which, during  Babs Windsor’s first morning aerobics session, her bikini bra swiftly pops off - landing in the next field.  Many viewers have often reflected on whether the camera was playing tricks to save her modesty!  From that particular film, two of the leading stars went on to continue successful TV careers with BBC’s sitcom Terry and June.

Although sadly, many of those actors have now passed on, their legacy of fun and frolic lives on in the numerous repeats that pop up on TV to provide us with chuckles from yesteryear.